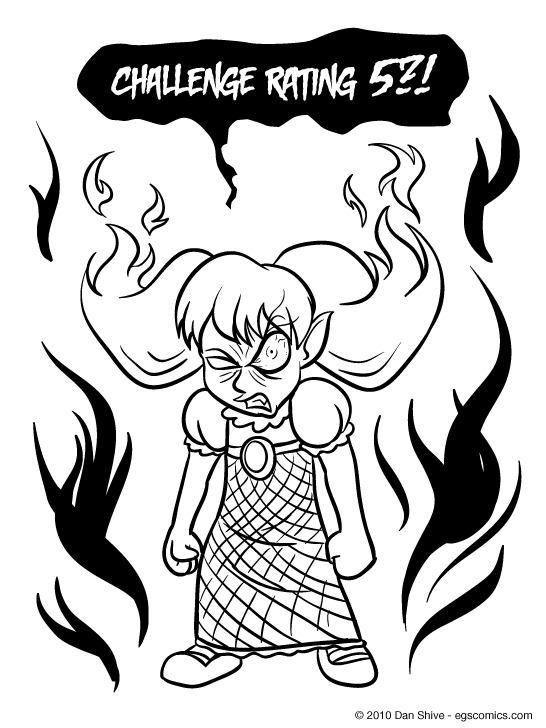 Posted December 28, 2010 at 1:00 am
For context, behold both panel four of the latest story comic and the last paragraph of the commentary. I've been informed that a Challenge Rating (CR) 5 encounter would be appropriate for level 5 characters, which wouldn't be weak relative to real people, but pretty weak on the fantasy food chain.

Then again, maybe that's accurate. Pandora and other immortals are basically demi-gods on the spirit plane (which I think would be at least CR of 20), but they're considerably weaker in the physical world, and we've only seen Pandora kick ass on the spirit plane.

...Huh. As of writing this commentary, that comic I just linked to still says "commentary to be added later." I should probably get on that at some point...

ANYWAY! In spite of the spirit / physical power difference, there's another factor to consider, which is that not all immortals are of equal power. They're more powerful the longer they go without resetting their memories while also becoming less stable, and Pandora does seem to be a bit off her rocker...

Regardless of what her actual CR would be, it's probably safe to say she's more dangerous than a troll, so a CR of 5 probably is selling her physical form short.