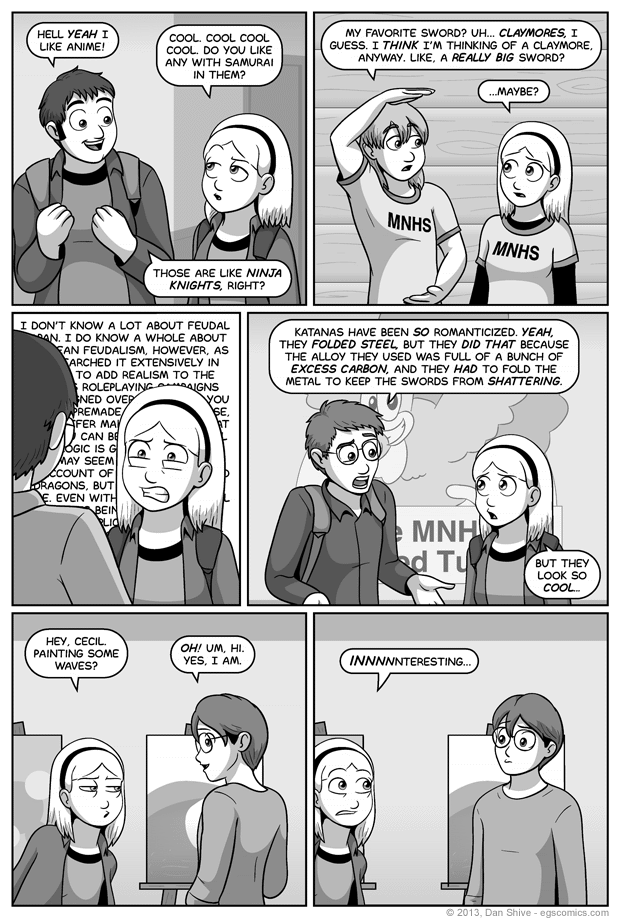 Incidently, I haven't forgotten about that whole thing with Cheerleadra and Tensaided. I decided that the time jump was ultimately best for the comic in general, but how they dealt with that (or possibly didn't deal with that) will be addressed eventually.

When I was a little kid, I had no idea what the deal was with ninjas and samurais. It's possible that the Teenage Mutant Ninja Turtles didn't explain it that well (or maybe it was that I was a kid and just barely paid attention to anything that wasn't funny or action).

It is my undertanding that what that guy in panel four is saying about historical katanas is accurate.  I, however, am not an expert swordsmith, and perhaps I, by which I mean, HE, is mistaken in some regard. If so, I might have to write in a joke somewhere down the line that points out whatever that mistake was, because it's important for the peoples to know accurate facts about sword stuff.