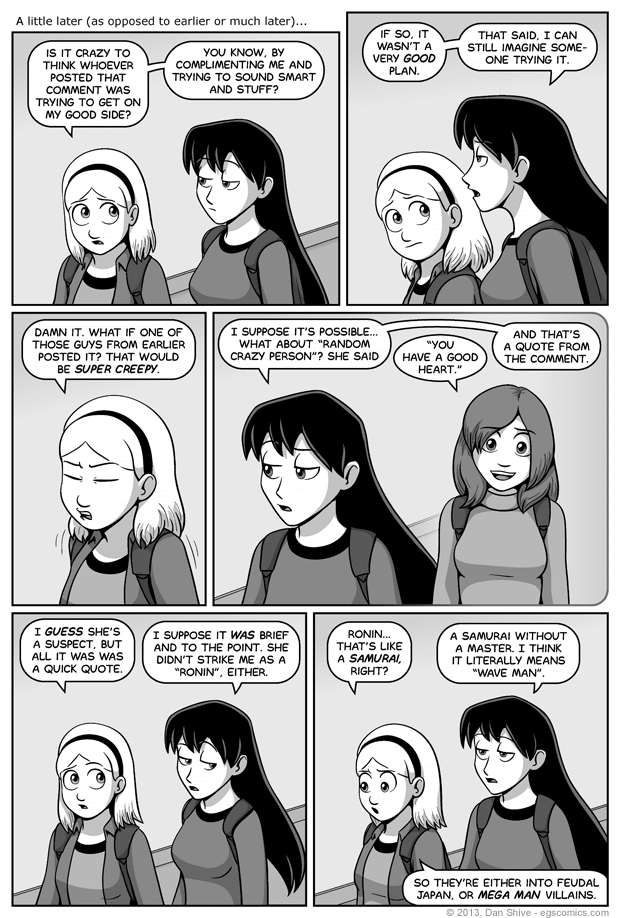 If nothing else, Catalina has proven that people are perfectly capable of attempting bad plans.

And yes! There are SUSPECTS. Gang's got a mystery to solve! Is there someone wearing a monster mask at the end of all this? Time will tell.

That said, I received a whole lot of interesting theories over the weekend regarding the identity of the original poster. I can't outright deny any of these without it being a spoiler, so I guess all of these characters are now suspects, too:

It's possible I've forgotten some characters, and I think the Elliot suggestion was a joke (seeing as they basically said it was), but there ya go.