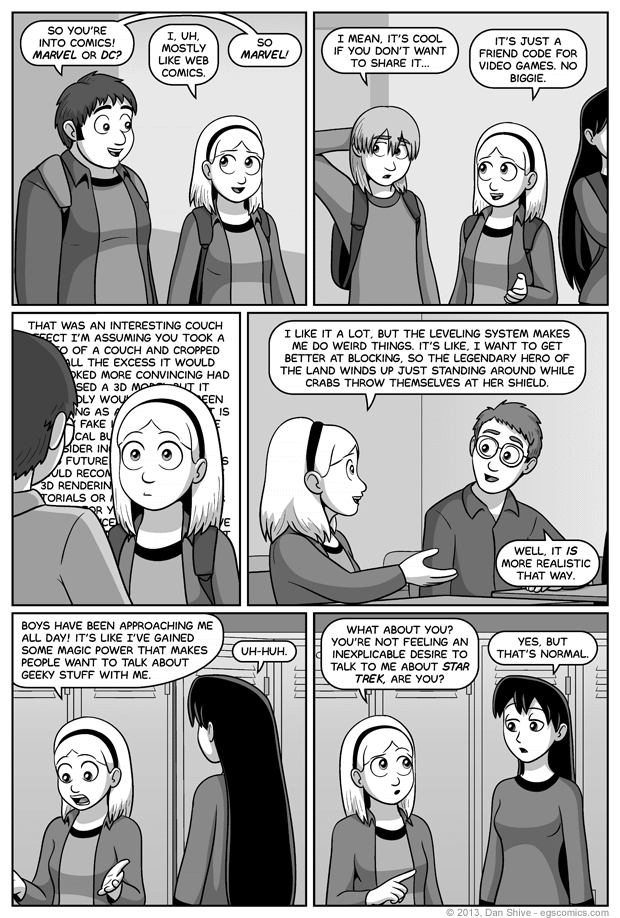 "No, seriously. I have tons of Star Trek topics to choose from and I'm ready to go. Heck, if you asked me to ditch the rest of the day and go watch a Next Generation marathon, I'd totally say yes. I'm not even kidding."

I've known a lot of people who've not only assumed that I'm totally into super hero comics, but that I'm current on all the latest super hero stuff going on (within Marvel and DC, anyway). I'm pretty sure I fit a geeky profile, as there seems to be very little prior information about me needed for people to make this assumption. They just look at me, and they're like "yep. This guy reads Batman."

What's more, there have been times when trying to explain that I don't regularly read super hero comics has resulted in some sort of bizarre rejection of the notion. It's like something in their mind keeps saying "no, no, this doesn't add up. This guy's totally into super hero comics. I just haven't mentioned the right comics yet."

Not that I dislike super heroes. It's just that I'm not reguarly buying any super hero comics these days, and for whatever reason, some people seem unable to handle that information. I might need to start reading a super hero series just for the sake of their sanity.