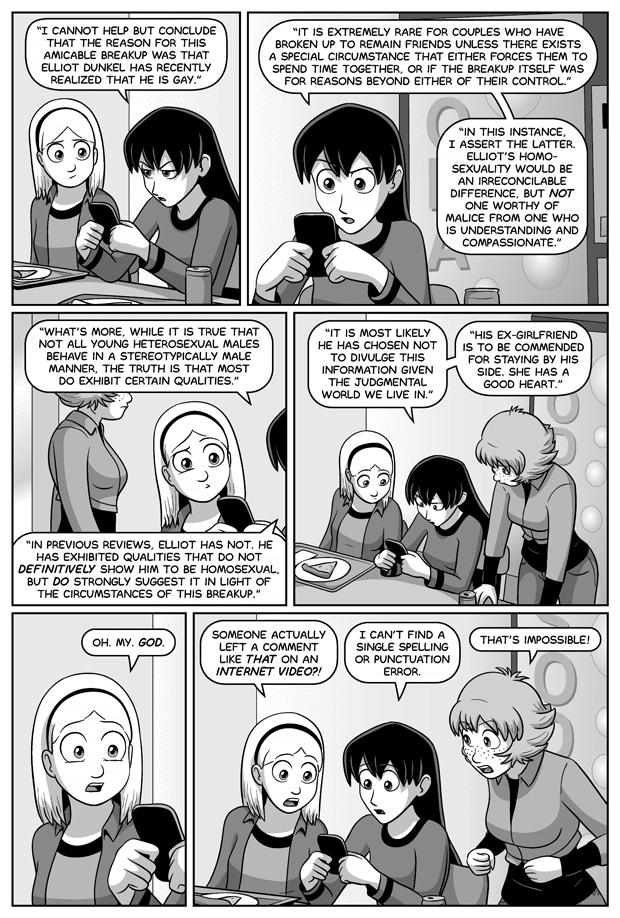 HM... There's gotta be SOME comics to reference here... I KNOW! What little we've seen of their review show! Judge Elliot's behavior on the show for yourself:

- Their "pilot" episode
- Watching a review with Justin
- Montage of moments via Diane watching
- Another possibly relevant review moment (and hey, more Diane)
- And for the sake of completion, the start of this current storyline

Today's El Goonish Shive comic is brought to you by generic background soda, the best kind of soda.

And before someone bothers pointing it out, yes, most such sites would limit comment size. There are many ways I could address that issue and still include this message in its entirety (i.e. claiming it's actually multiple comments strung together, like what one might do on Twitter), but frankly, that's a REALLY unimportant detail. However they went about doing it from a technical standpoint, someone left this super long comment about Elliot and Sarah. That's what really matters.