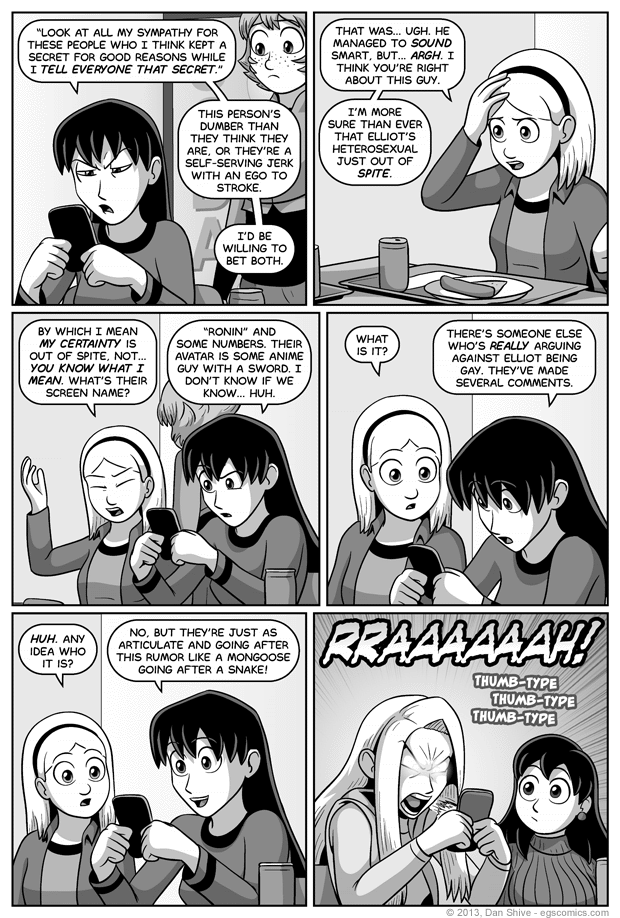 "You mean they keep moving forward with points and then backpedaling a bit and keep going back and forth like that until the other people try to make some big point and that's when they strike with the best point and end it?"

"You said they were going after that rumor like a mongoose going after a snake. That's how mongooses roll. You mean they're not doing that?"

"Then why did you compare them to a mongoose?"

So I guess Susan liking mongooses is now canon.

Incidentally, Diane's outfit is loosely inspired by what Princess Leia of Star Wars wore on Hoth. This is intentional on my part, but not so much on hers. I wouldn't recommend pointing it out to her.