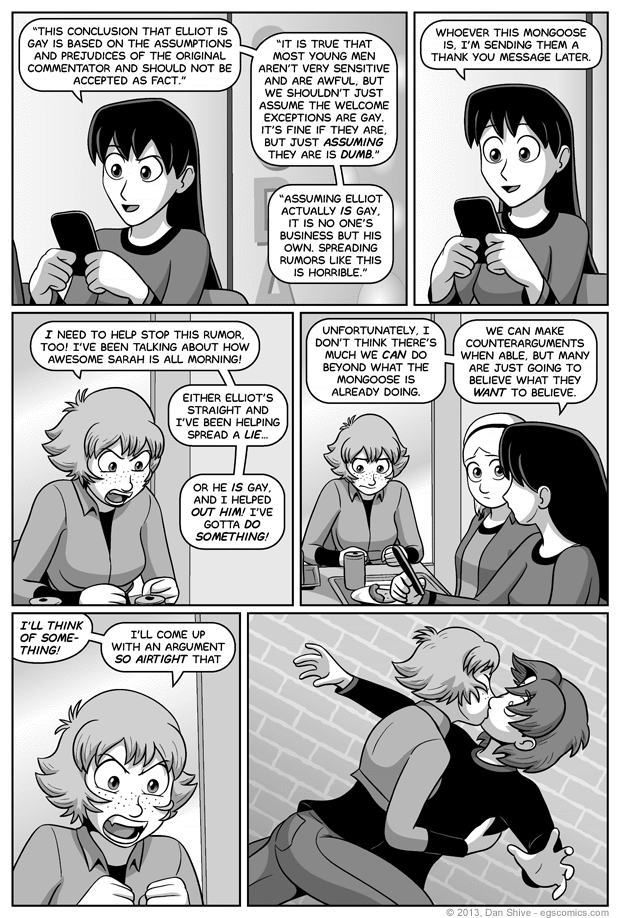 Something I forgot with the previous comic (aside from Catalina's freckles, which I will totally fix later, if not prior to you reading this), was to talk about how awesome Tuesday was in terms of reader feedback. After I posted Tuesday's comic, a number of people let me know that they suspected Diane of being responsible for the comment that started the rumor.

The first reason I thought this was awesome was that I knew that pretty much the exact opposite would be revealed in two days. The second reason was that it had never occurred to me that people would consider Diane as a potental suspect.

I mean, yeah, I can totally see why people would consider her in retrospect, but it was a fun surprise to see multiple people suspect her, and I feel Thursday's reveal was all the better for it. I basically stumbled into a big twist when I only thought I had a medium sized twist, which is basically the same as getting a double-sized soft pretzel at the mall.

And now I want a soft pretzel. You probably do, too. My apologies.