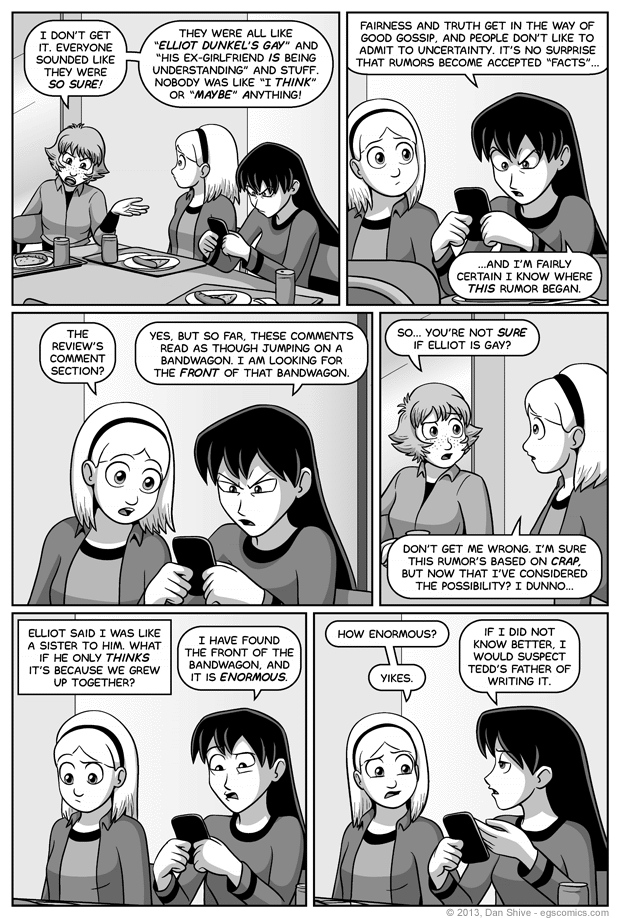 - Wordy Mr. Verres
- Subtle evidence to the contrary
- Elliot's "like a sister" realization
- Sharing this realization with Sarah

I don't know what to say about this comic other than "I like Susan's faces".

I mean, yeah, I could elaborate on the fact that people frequently speak with certainty about things they don't actually know about, but how do I do that without getting all preachy, not to mention redundant given what's already in the comic? I can't, that's how. I guess it would be okay if I said "fact checking and admitting to uncertainty is rad", but I'm not going to (even though that's totally true).