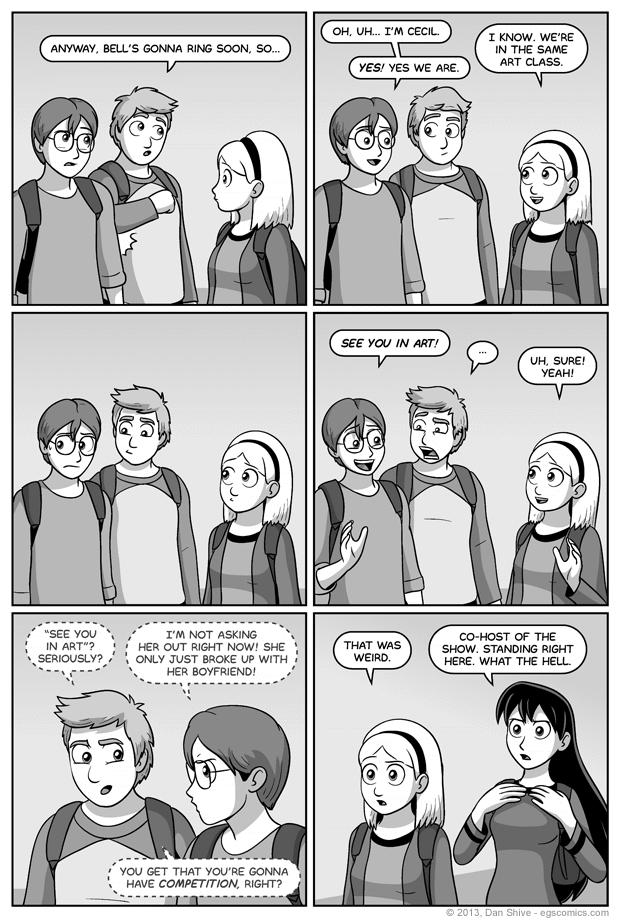 "I set you up with a Fus Ro Couch icebreaker, and this is what you do?! Fail."

I should probably name that other guy, too, but do you know how difficult it is for me to name people? I don't think of people in terms of names. Names are weird. Does the sky need a name? Does the river? The river's called the Hudson. Fine, lass. Then I will be "the Hudson" as well.

...Wait, where am I? Sorry, sometimes I black out and start quoting Gargolyes. It also happens with Star Trek: The Next Generation. There's just something about TV shows with Jonathan Frakes.

Incidentally, whatever his name does not represent my viewpoints. In the prevous comic, he referred to Sarah as a gamer girl, implying that he considers women playing video games to be unusual. I don't think that.

I also don't know what the heck a "gamer" is. I guess they play a lot of video games? What's the requirement for that title. I played a video game for fifteen minutes last Sunday. Is that adequate?