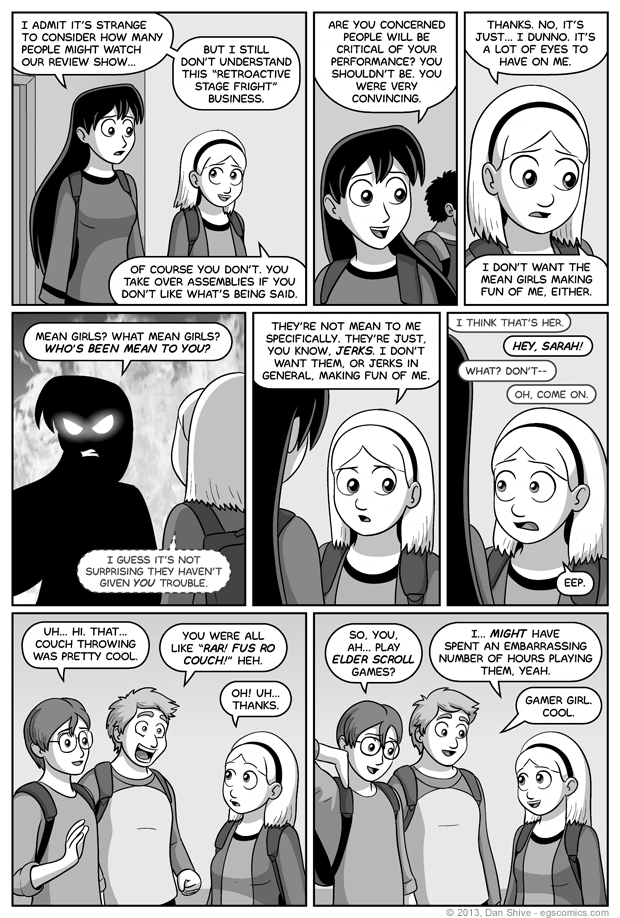 - She will totally take over your assembly, dude

I originally planned on Susan also expressing retroactive stage fright two comics ago, but Susan was all like "heck no. It's something to think about, but I'm SUSAN!" And then I pointed out how she was initially nervous to do the show, and she was all like "that was over six months ago", and I couldn't argue with that.

That guy in the glasses isn't randomly asking about The Elder Scrolls. As previously mentioned, their review references a game in the series (which is also what's up with "fus roh couch", a parody of an attack where someone shouts "fus roh dah" and sends enemies flying), and the video description says it was Sarah's idea, so it's a reasonable question for him to be asking.

At least, I think it is. You might disagree. I don't know why you would disagree. I thought he had good cause. Why are you being so difficult?