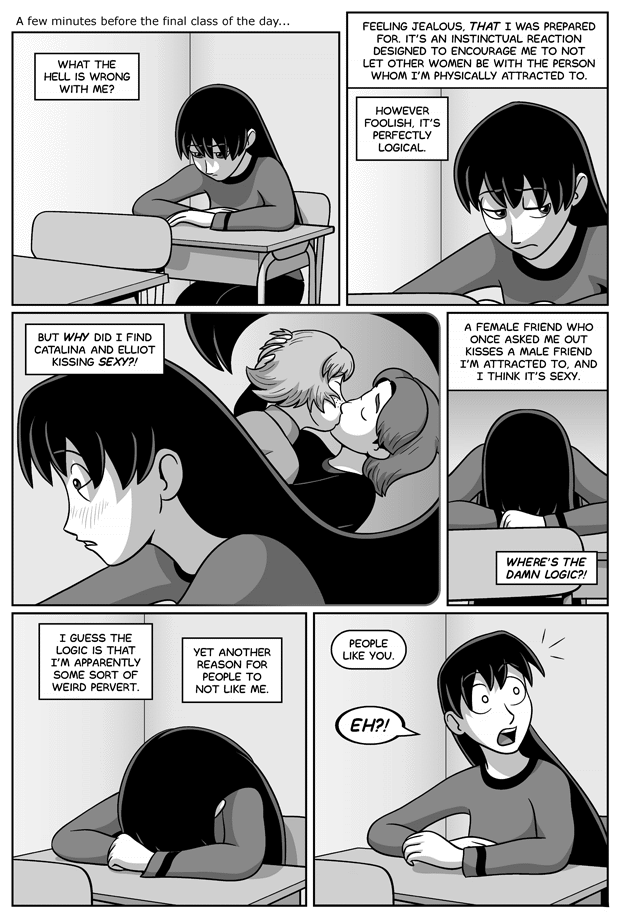 - Asked out
- Attracted to Elliot
- The kiss

I received a lot of feedback about Katanas after yesterday's comic! I still don't know how accurate I was. I received a number of responses that sounded like they were expert testimony, but they were also conflicting. I am certain at this point that the folding of metal was to get rid of impurities, but I'm not sure if reducing carbon was actually part of the motive.

It remains my understanding, however, that the process was the result of having to resort to relatively inferior alloys for katanas, and that the folding would not really be necessary were a better alloy used. It is also my understanding that even properly made katanas need to be swung a certain way in order to keep them from breaking.

I'd be curious to know how katanas created with modern alloys would do when compared to other swords. I've heard their design is not ideal, but I've also heard it's the most bestest thing ever, and that it's average, and that they're made of gelatin, so I really don't know.

Is this something Mythbusters could tackle? Katanas do have a lot of myths and legends around them. Comparing them with other swords in a variety of ways seems perfectly valid to me.