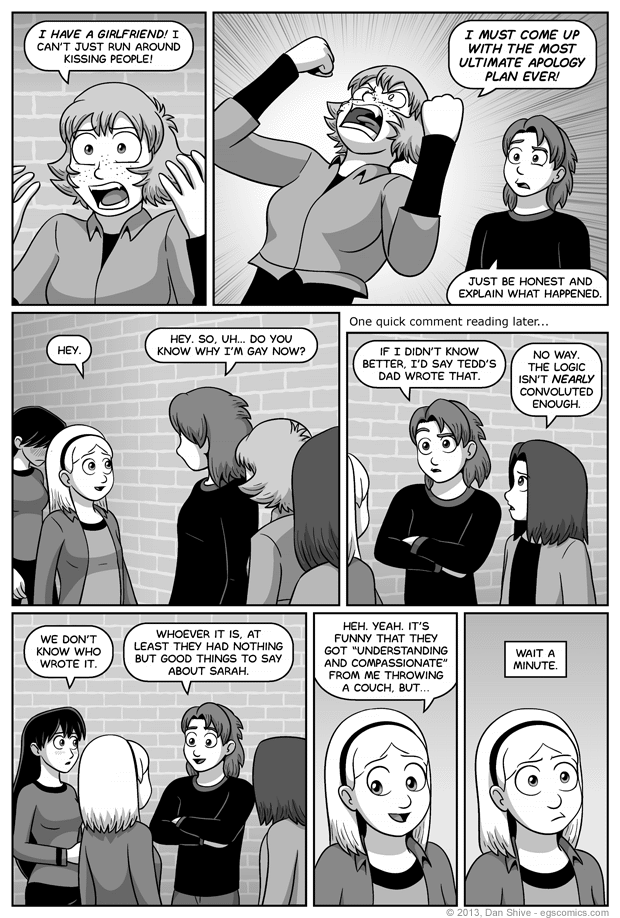 "Catalina, no. You're not good at plans. You were just lucky Elliot can be mellow about some things."

Personally, I look forward to writing more Catalina plans, and I'll find excuses to do so, darn it.

You have until Monday's comic to successfully guess why Sarah is thinking "wait a minute" before being flat out told! Or however long you can resist hitting the "next comic" button if you're from the future. As far as I know, no one has predicted the thought she just had, but I could be mistaken.

In any case, it is possible to successfully guess based on previous comics in this storyline.