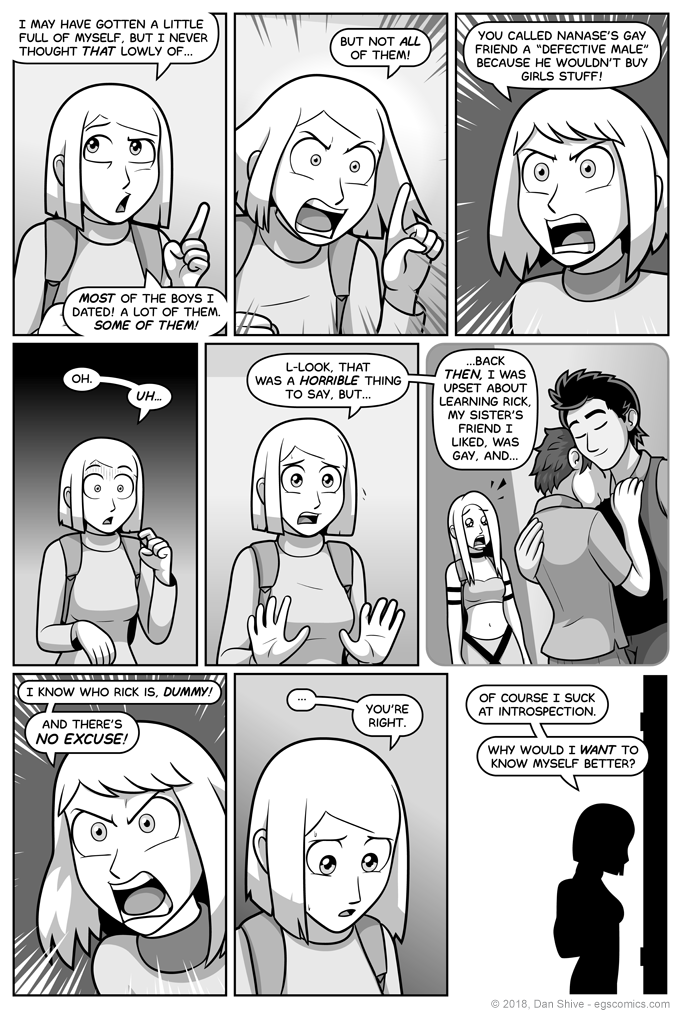 When Diane was introduced, I didn't have a clear picture of who she was. Like, seriously, I didn't even know she had any connection to Susan whatsover. I literally didn't know who she was.

This, and her gradually becoming much nicer over time, has resulted in some people asking whether the whole thing with her calling Justin a defective male should be consider retconned out of reality and the universe.

Not only is that moment NOT retroactively kicked out of continuity, being reminded of it is the last enormous straw breaking Diane's denial about her past behavior.

Diane did think in a previous comic "...I'm 100% over Rick and am less of a jerk" (in reference to not judging homosexuality), so she has at least thought about how she responded to finding out about Rick before.

Actually owning up to what she called Justin and the logic behind it? Not so much.

I'm guessing Nanase, Rhoda, or a combination of the two got Diane to snap out of her bitterness about Rick and realize her own jerkosity (it's a word).

So less intense introspection and more "one of my best friends and that girl I think is super cool are gay, and I'm being a jerk about something that isn't even really about that. I should stop that."