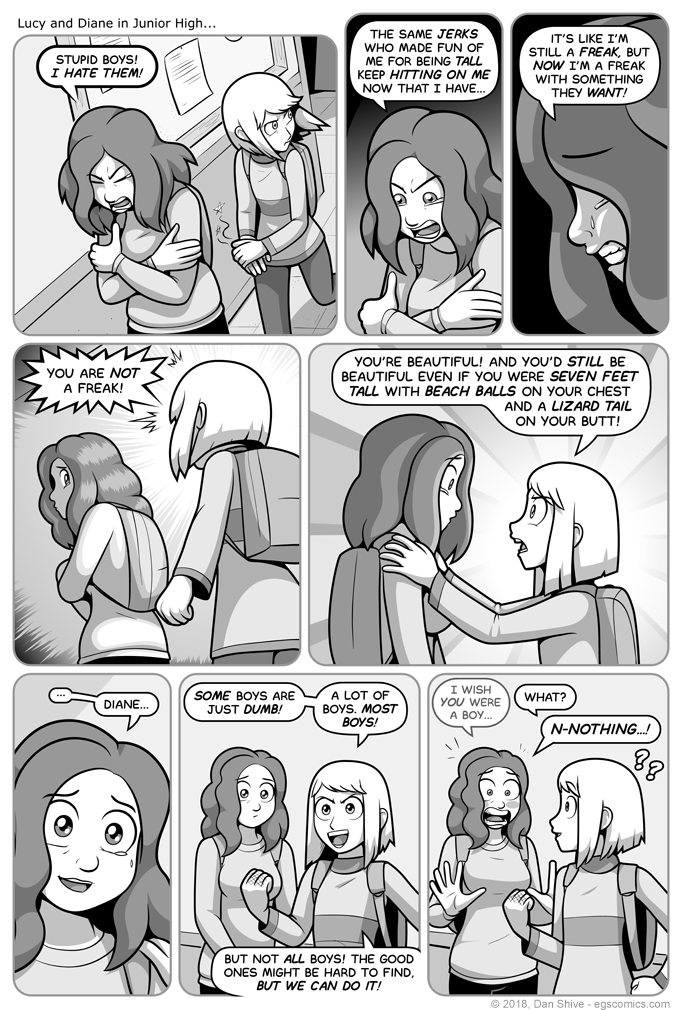 I'm not sure why I didn't include references for Lucy sooner, BUUUUT...

Ironically (given her number of appearances), out of Rhoda, Diane, and Lucy, I had the most about Lucy figured out early on. Out of all of them, she's changed the least in my mind.

Granted, I had this weird temptation to have her occasionally say things in the Klingon language from Star Trek early on, but I resisted that temptation.

ALSO granted, that might not count as ironic. Characters tend to change as a result of getting panel time, so I guess it's actually only natural she's changed the least from what I originally imagined.