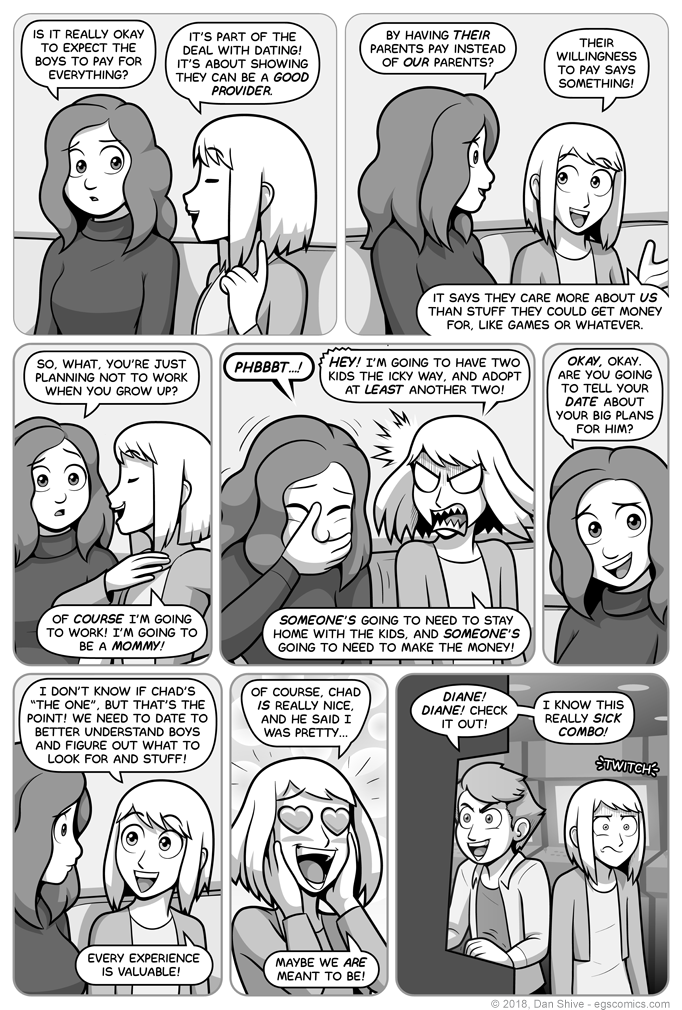 DARN IT, CHAD! You had ONE job!

This is still early Junior High, btw. I'm plotting to have this flashback clarify when we're seeing them in high school, thus implying that retroactively, but I imagined a couple days of people asking about it, and it drove me mad with fear o_o

Anyway, to be fair to Chad, some dates would love to see some sick fighting game combos.

Not Diane, though. She thought they were gonna be bowling and writing in cute pet names for each other on the scoreboard. Instead, she got to see Chad enter something rude as his initials on that fighting game's top scores.

Again, to be fair, he really did know a sick combo.