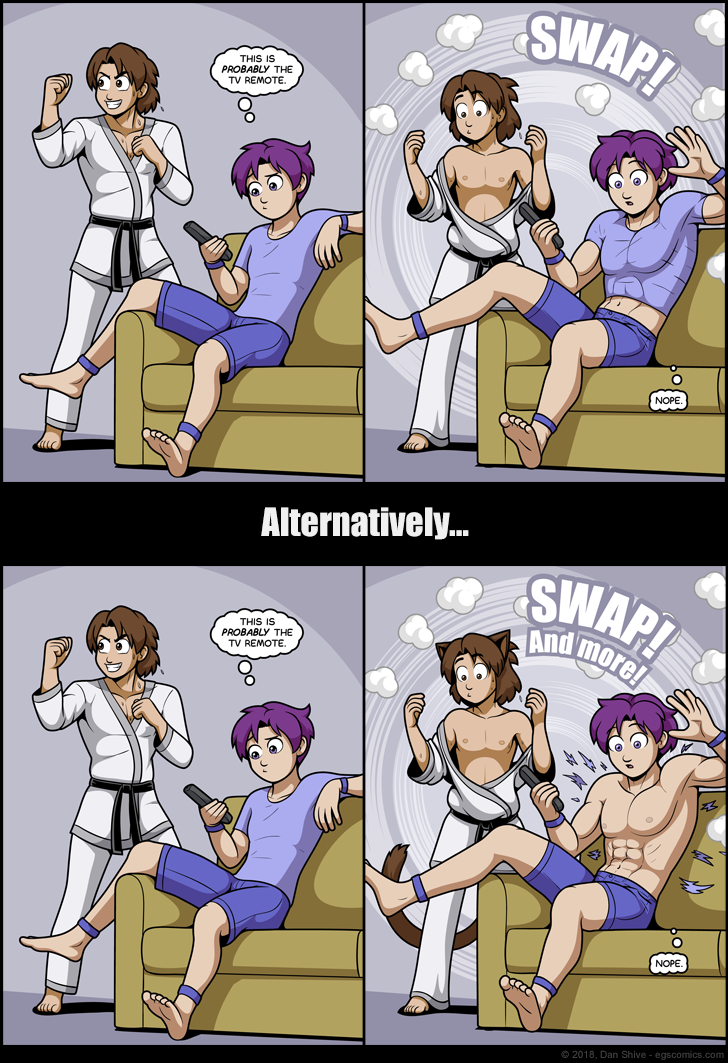 I cannot be trusted to comment on this in an appropriate manner.

I chose a "Dan's choice" for today because I had an idea in mind that would require minimal planning and preparation.

And THEN I had something of an epiphany regarding how I was approaching my line work, and how I was holding myself back by trying to make my style look like something else entirely while also making everything take longer to do.

Which actually made this take less time! It still got done later than I expected, however, because I 100% forgot I pledged to make any "Dan's Choice" like this have two "After" variants. This was easy enough for Tedd, but I sorta didn't have a plan for Elliot, SOOOOO... CAT BOY!