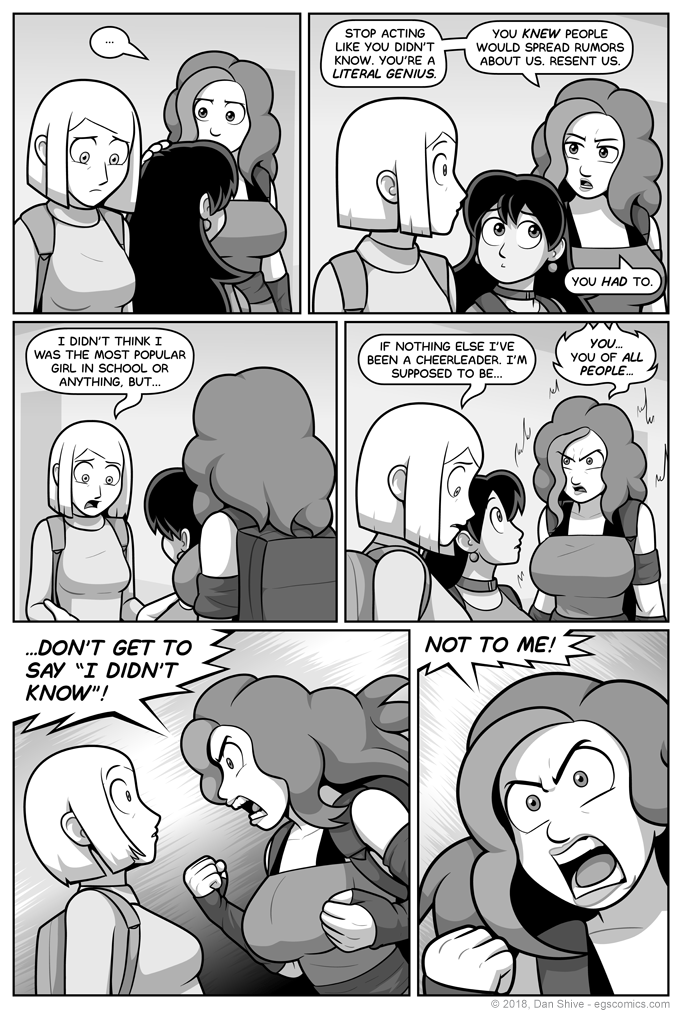 This probably isn't leading into a flashback that will explain the relationship between these three or anything, so don't even suggest it.

Ah well. People will figure it out later.

Wait a minute... Addressing an ancient dangling plot thread while mixing in some new stuff...

SISTER 3 NEVER ACTUALLY ENDED, DID IT?!

But I'm a Cheerleader!

In fairness to Diane, uniforms come with a sort of real life charisma boost (or negative charisma, depending). While not everyone is going to respond the same way to someone who occasionally wears a cheerleader outfit, it could easily have impacted her perception of, well, other people's perception of her.

Speaking of which, I remember there being days in high school in which cheeleaders would just be dressed like cheerleaders the entire day, and it's just occurred to me that I have zero idea whether that's a regular thing for high schools to allow (or even expect?) on certain days.

Meanwhile, there's the TV show Daria in which a character just wore her cheerleading outfit every day? But then another character was always dressed as a football player, complete with shoulder and elbow pads and such, so maybe I shouldn't assume anything based on that.