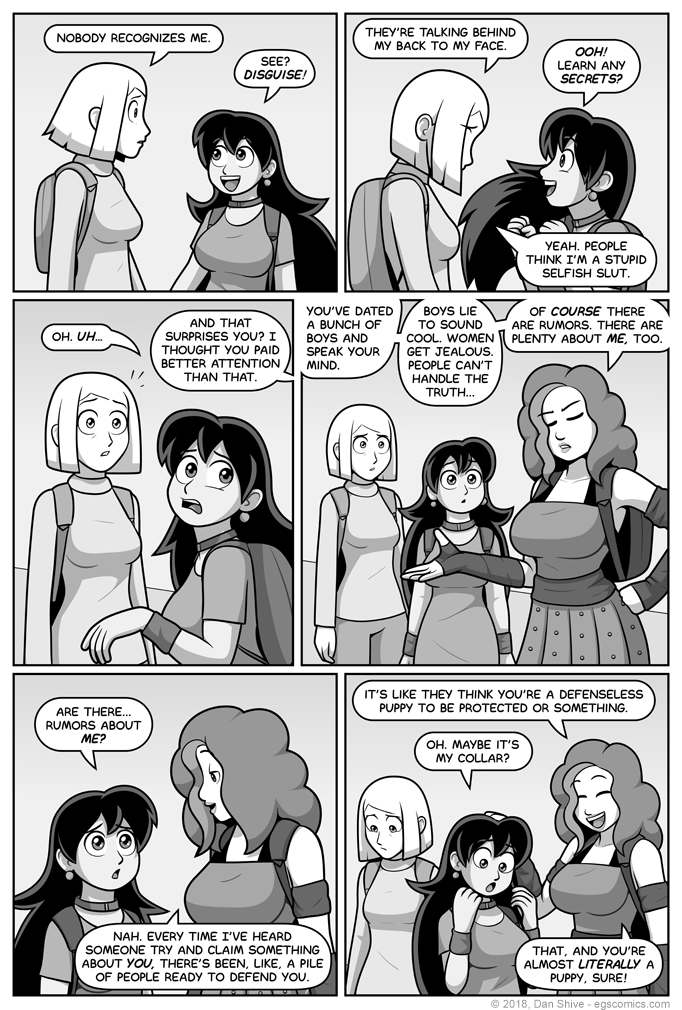 It's not necessarily a sign of respect that people immediately leap to defend "poor widdle Rhoda's" honor, but at least that's one set of rumors that hasn't taken off.

- Women can lie to sound cool, too!

- Men can TOTALLY get jealous.

- Some people can handle the truth!

- A group of rabbits is called a fluffle.

- I know what Rhoda is wearing would technically be called a "choker", but I like her calling it a collar, and I hate that chokers are called chokers because, seriously, someone thought "we should name these after choking" and, apparently, no one questioned this.

- No. I'm not over this. I know it's a necklace worn close around the neck, but that's such an unpleasant way of putting it what the heck even.

This concludes fun facts for the day.