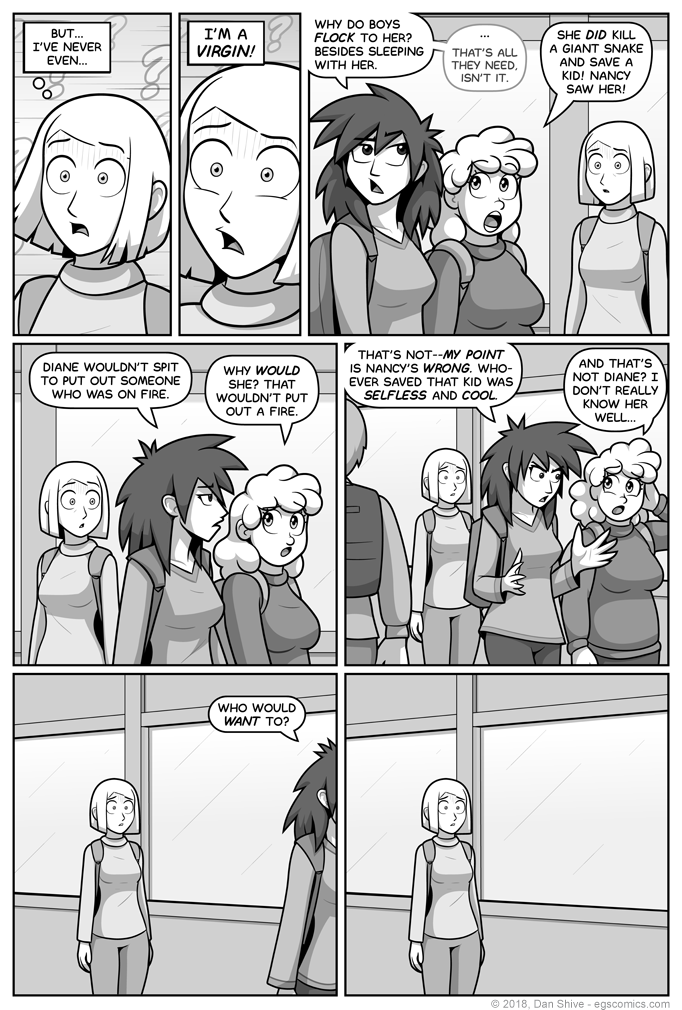 By which I mean not all that shocking.

Again, they're ready to believe a giant snake monster was killed by someone with a glowing sword. Just not by Diane.

It's possible I spent too much time playing around with the designs of two characters who have potentially completed their job and have to go now because their planet needs them.

As such, their planet might have to wait, and their designs used again.

(Incidentally, that "I have to go now, my planet needs me" is a Simpsons reference and not too much should be read into it)