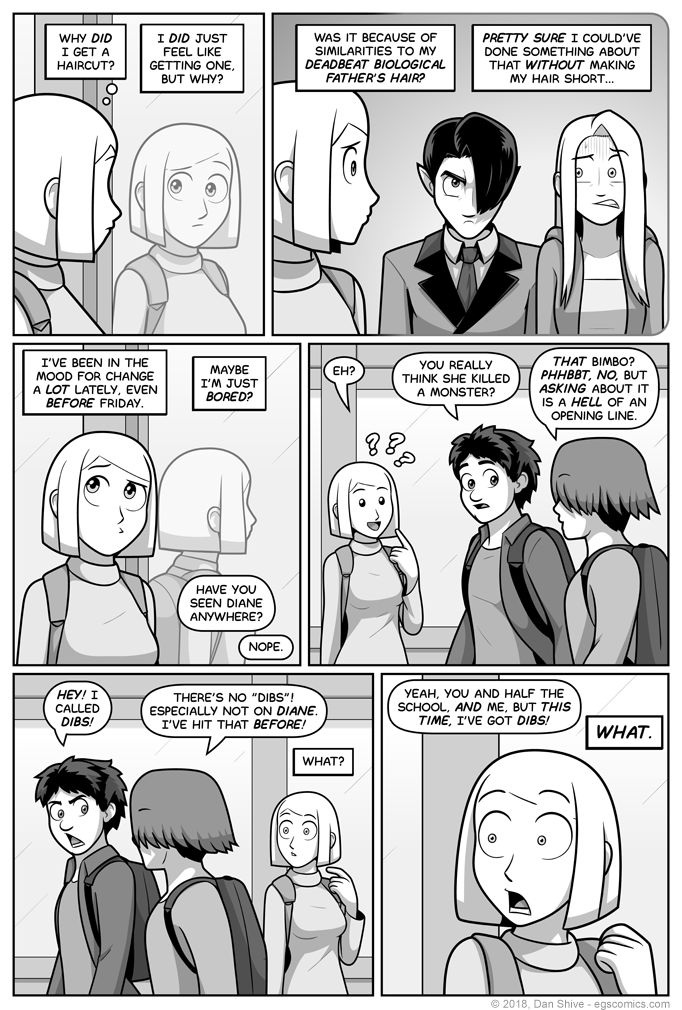 Things have reached a point in Moperville in which people are ready to accept that SOMEONE killed a monster. It's just the part of who did it that's being doubted.

And here we have the third way The Legend of Diane title is appropriate, and the one that occurred to me as a result of reader criticism of Diane's hair.

Note: First is the flashback(s), second is tales of her smiting a giant snake with big pointy teeth.

This storyline is not going in a "curse all men who are dastardly by virtue of being men" direction. I figure there are at least a few people tempted to fling long rants at me at this point, especially after the first comic, but I assure you that will not be necessary.

Or, at least, wait and see where this all goes before flinging such rants.