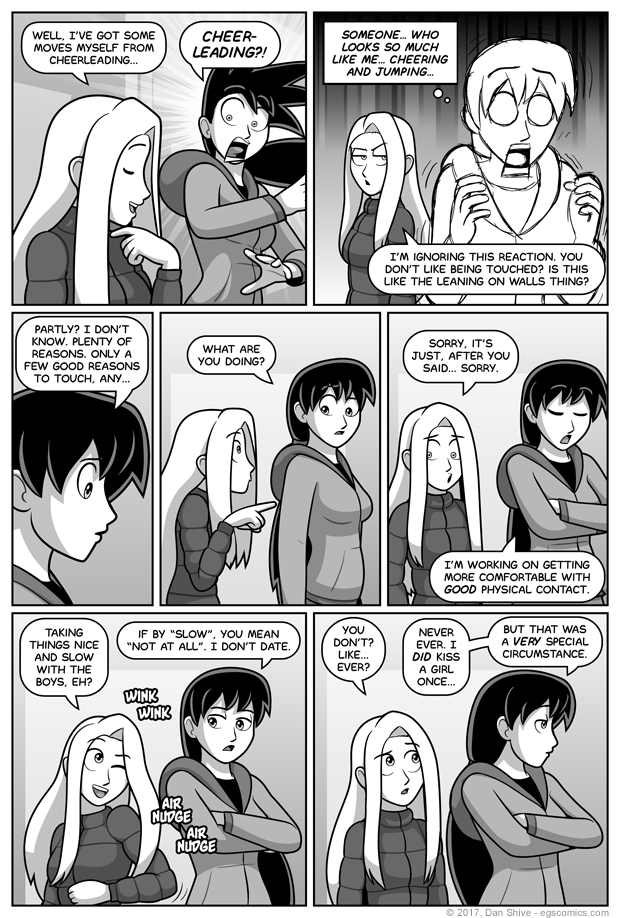 Before anyone yells at me, Susan will be appending a "technically" onto this assertion of kssing a girl soon enough, and I am acknowledging here that Justin's gender was still a dude at the time.

I am also asserting that "dude" is a gender (except when it's not).

Panels four and five might well be the ultimate evidence that they're siblings, overshadowing any other evidence imagineable.

My one regret is that I found no way to include complaining about skirts in panel two that didn't feel like throwing off the timing of it.