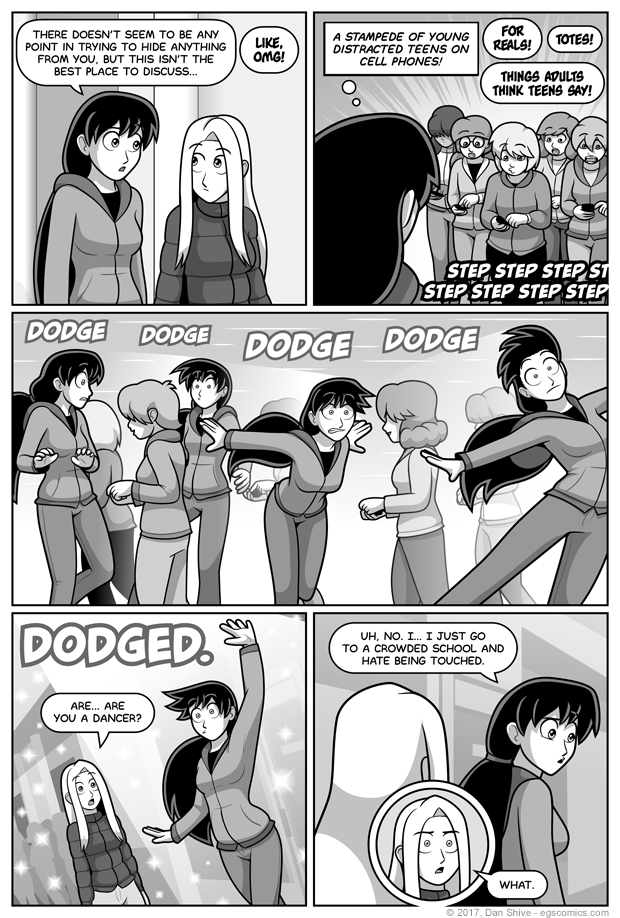 I had so little clue how I was going to do this until I settled on Susan's narration and overly-descriptive sound effects. Very, very old school comics, I feel a greater connection with you than ever before.

It only just now occurred to me that this is sort of an example of anime style martial arts, in which a mundane activity is taken to some extreme that somehow translates into absurdly effective training. All that's missing is something to make it more difficult than it would normally HER LONG HAIR. HER LONG HAIR DOES THAT. SHE WOULD CARE ABOUT THAT TOUCHING PEOPLE OMG TOTES CALL GREG

*Erhem* Anyway, yes, this is inspired by moving quickly within crowds, trying not to brush up against things or step on anything while moving quickly, stuff like that. I really like the idea of something like that resulting in skills like this, and I genuinely didn't think of the anime style martial arts connection until writing this commentary, but it's totally there and I love it.