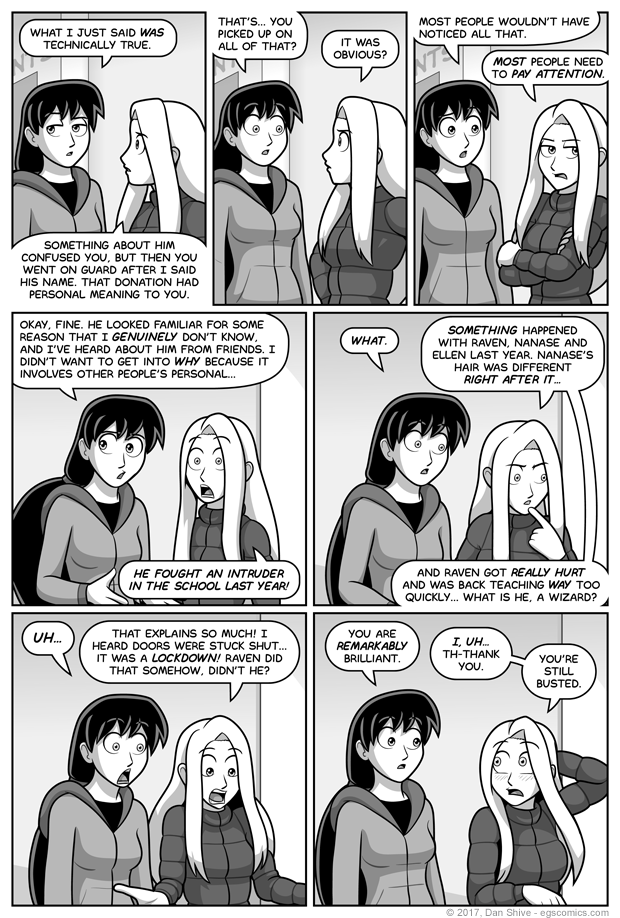 - Lockdown
- "She used a powerful spell to save Ellen"

I was hesitant to have Diane blush, because I've most commonly used that to show attraction, but blushing can also just be embarrassment after getting complimented, y'all.

Granted, I've gone on record several times that I don't believe canon can be decided via commentary and that such things are obviously open to interpretation, but keep the whole "it can just be embarrassment" thing in mind! It's all I ask...!

*Erhem* Anyway, Diane might appear more brilliant to Susan than she actually is, as Diane was given additional clues by Charlotte during the whole New Years Eve party dealie. On the other hand, Susan is also really smart and hearing Diane make specific mention of Nanase's hair changing color, so Susan could well have immediately concluded that Diane had more information, and...

Yikes. I've gotta be careful. Given enough time and sublte hints, these two could unravel every mystery in the comic.