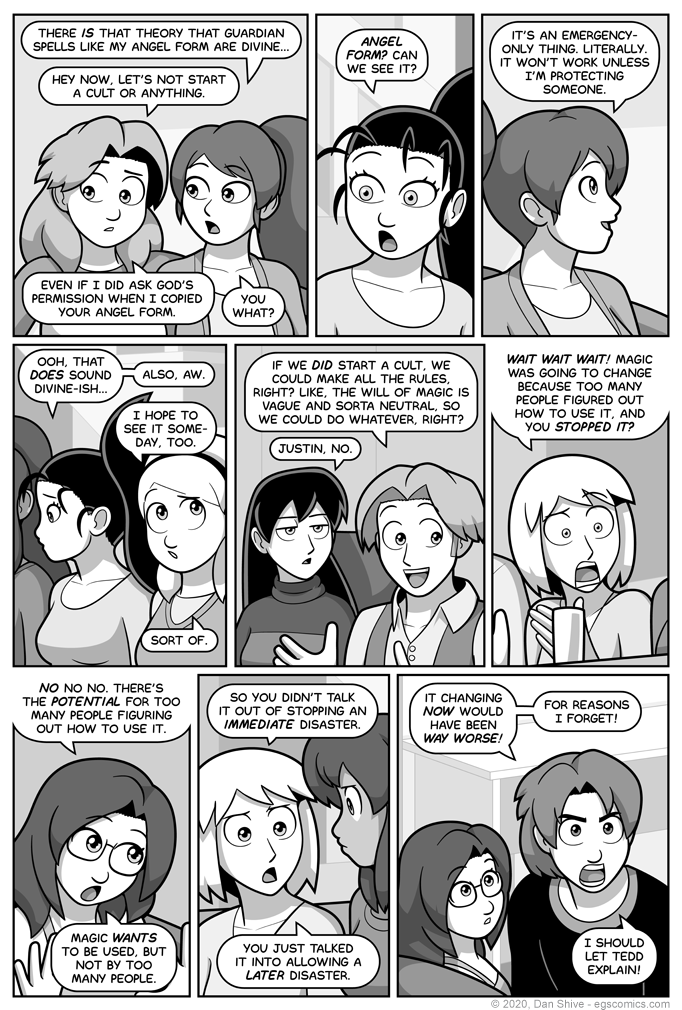 EDIT - Diane originally said "you just talked it out of postponing a later disaster" in the second-to-last panel, which made sense in my head when I wrote it, probably because it flowed with the previous statement in some way that made my brain tingle, buuuuuut it didn't actually make sense, so I changed it.

- Nanase giving details about the angel form's restrictions
- Nanase wondering about religious implications all on her own (next page after previous reference)
- Charlotte bringing it up
- Ellen asking, aka an excuse to listen to Like A Prayer by Madonna (as though a reason is needed)

Seriously, I listened to Like A Prayer a LOT leading up to Nanase's final encounter with Abraham in Sister 2. I'm aware the actual context of the song doesn't fit, but that's how a lot of songs and inspiration go.

Also, don't get me started on Shut Up And Drive in Wreck It Ralph. No part of me believes that song is about a car.

Also also, I listened to a lot of Wish I Had an Angel by Nightwish.

I have eclectic musical tastes and am terrible at knowing what bands I'm listening to without checking first.

This is all quantifiable, I assure you.

I imagine Elliot remembers the basic idea of what Tedd told him and just isn't confident enough to provide the explanation himself (which was something I'd considered), but that doesn't fit as well in a dialogue bubble.