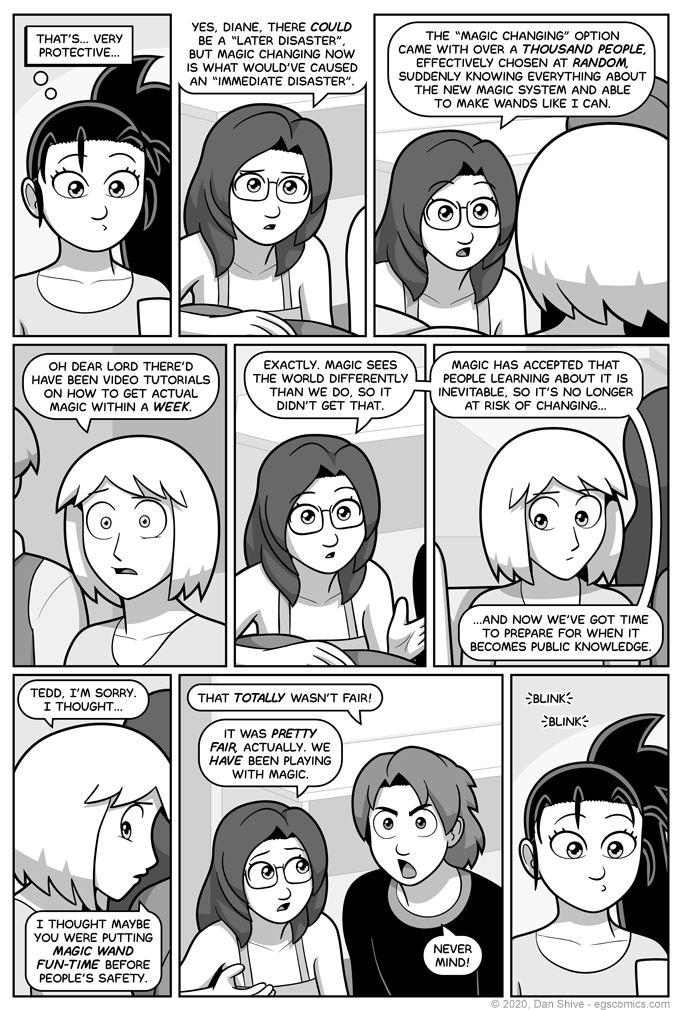 In the interest of pacing, Ashley refrained from imagining some wild fantasy involving Tedd and Elliot.

Anyway, as thrilled as I was to sort out where everyone was seated, now begins operation "get people to start moving around because it's super awkward to stage this with Tedd on that bean bag chair".

This will take all of my mental power to accomplish.