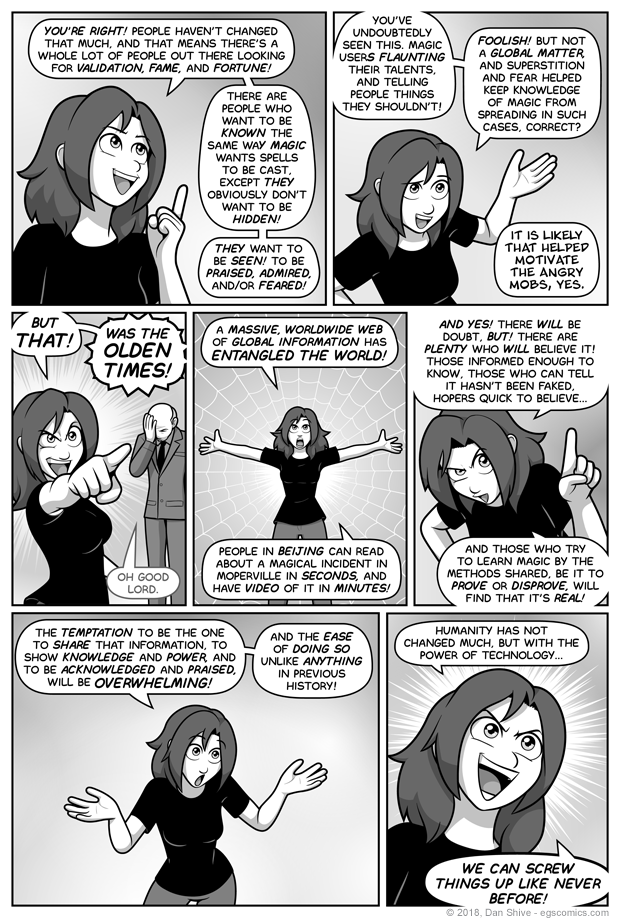 Van presumably stepped away from Tedd before the second to last panel after noticing how much Tedd was waving her arms around.

Anyway... SO. MUCH. EDITING! So much to say that's basically what's been said, but put way more dramatically and with a few "this is how humans roll" details thrown in.

And you see all that text? That's a lot of text, isn't it? Well, it used to be more text, it did. MUCH MORE! Tedd tried to make every point one could possibly make, and speaking of tangled webs! Yeesh.

In any case, I like the point that both those who believe and those who disbelieve would wind up proving magic is real should they test methods of gaining it taught by seers. Magic is up against a post-Mythbusters world. That stuff's getting tested.