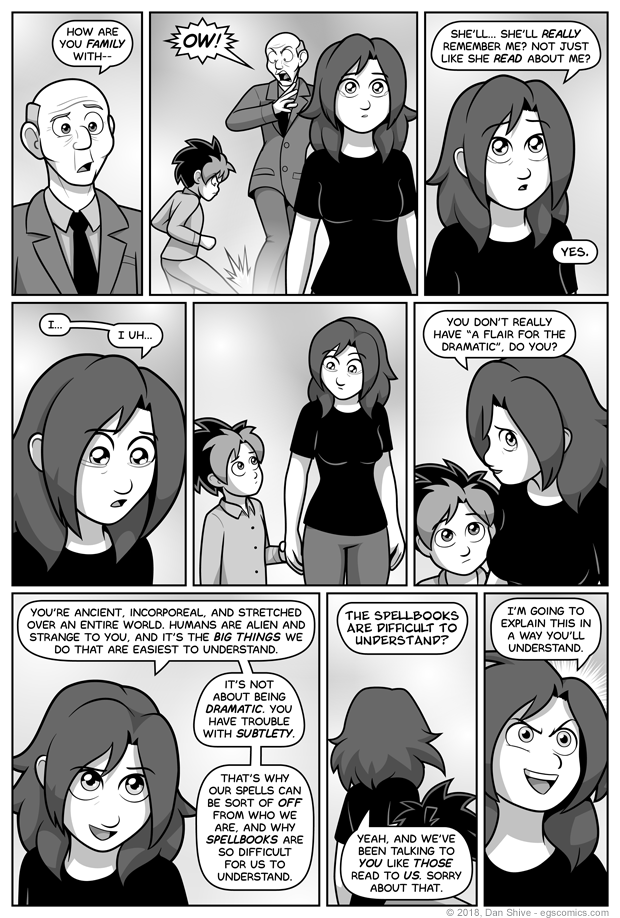 Of course magic thought the spell books were well written.

Now, technically, one can HAVE a "flair for the dramatic" without trying to, and one could fairly claim magic does, in fact, have a flair for the dramatic. Tedd, however, is pointing out that they've been considering Magic's behavior and motivations as though it were a person, like when I've made jokes about magic being a hipster.

Magic, however, is not a person. There isn't even an accurate way to really describe it in any known language (well, any I'm aware of, so I guess there could be). Attempts to understand it as though it were a person will ultimately fail.

And I was about to type that that means Magic is not a hipster, but if it's so outside of the mainstream that it's beyond the words of any human language to describe and has been around since the dawn of humanity and before anything was cool, maybe it's the ultimate hipster?