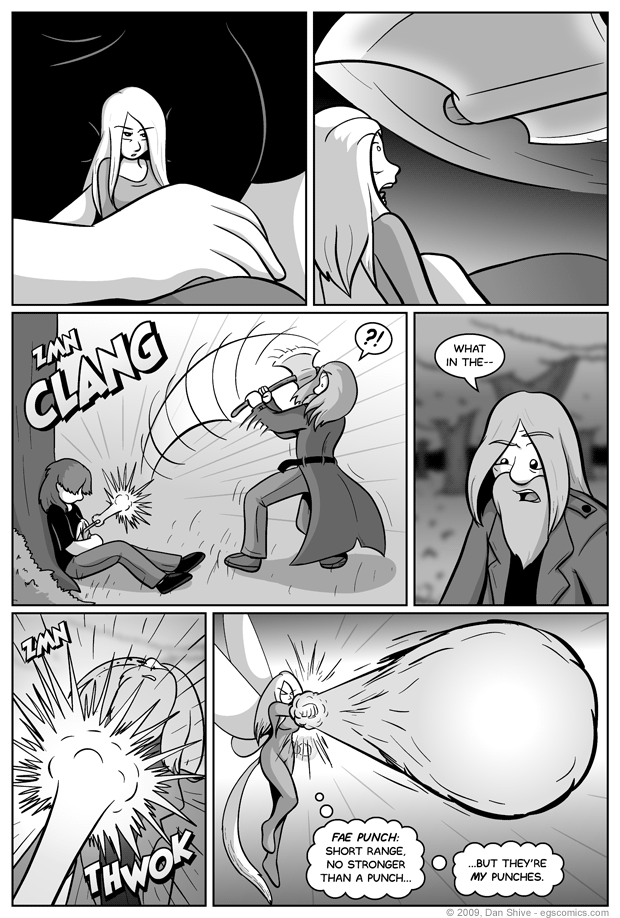 Wow. When she said "shut and listen if you want her to live", she wasn't kidding.

Way back when, I had planned to explain this fairy upgrade spell back at the same time as the new hair spell. I think this works much better, keeping it a mystery up until its actually used while not having it completely out of nowhere. That, and it's summed up rather quickly once a punch is thrown.

This is also the spell Nanase would have been most interested in talking about if Grace hadn't been a smarty pants and figured out the hair spell first, even if it's still not quite Nanase had been hoping for.

I don't think the axe head in panel two is entirely to scale relative to Nanase, which is to say I think I it's proportionately bigger than it should be (it looks like an alien mother ship relative to Nanase). Given the circumstances, however, I'd rather it look too huge than too small.