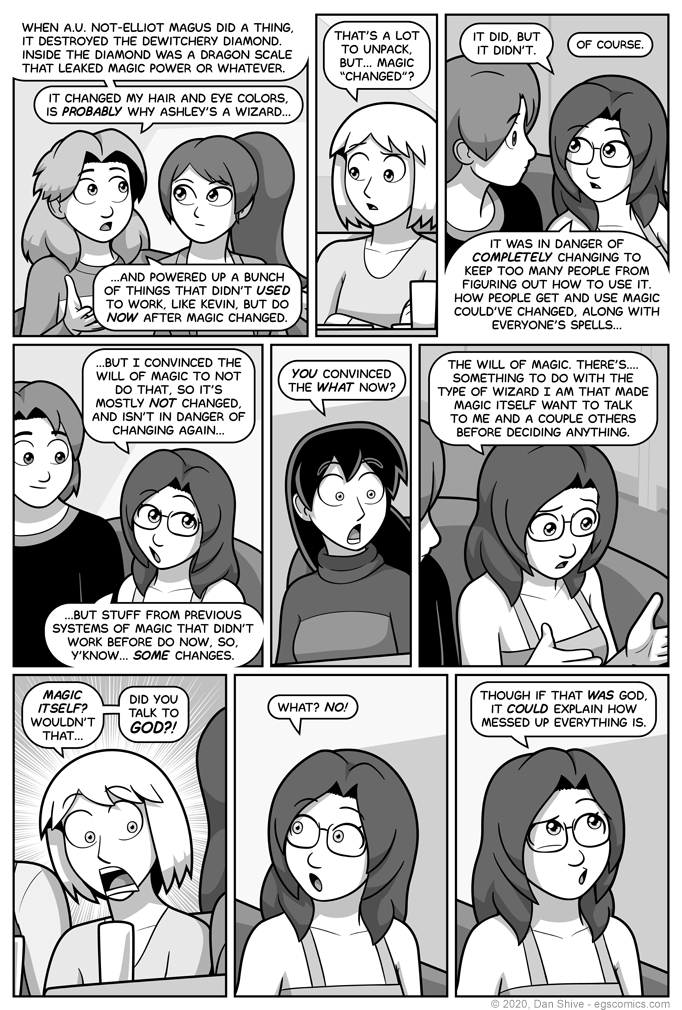 I'm pretty sure I can manage mon-weds-friday story comics this week now that the ball is rolling on this conversation and, again, I know where everyone is seated (though someone's bound to stand up eventually, which will shatter my world).

- The Fate Of Magic

- Ellen, you unreliable narrator you (It was actually shards of the diamonds that became magic power, but to be fair, it can fairly be speculated the maybe-dragon scale was the original source of that power)

It took all of my willpower to not have Ellen be more accurate, or less certain about it being a dragon scale, but I consider this fully in character for her. She will not hear otherwise regarding what type of scale it was.

As for this part of the story, fear not! It is simply a lovely recap of how certain parts of Sister 3 resolved. It is extremely unlikely that the ball that's now rolling will hit anything and leave me feeling compelled to unleash the "oh snap" image in one of these commentaries.