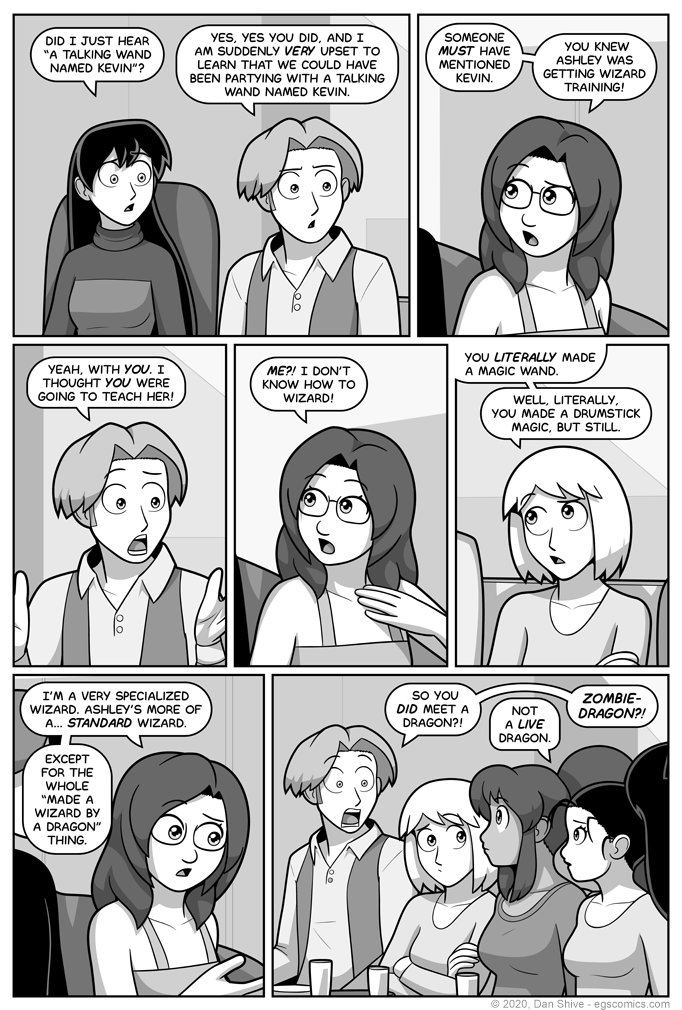 - Justin did say he required more information on dragons

I THINK I've figured out how to approach this part of the storyline without it being a total disaster, and with certain behind the scenes stuff sorted, I think I should be able to do Mon-Wed-Friday next week (especially given I know where everyone is seated, which might seem like a small thing, but that's HUGE).

Which I know sounds FANTASTICALLY confident of me, and that's because IT IS.

Firstly, I super appreciate that Justin got to have his moment of self-discovery and can now mostly say goofy things for a bit. Thank you, Justin.

Part of me is bothered that Justin didn't say "a LICH-dragon", as I associate the word "Lich" with an intelligent sort of undead, which seems appropriate for a dragon, and appropriately nerdy for Justin.

That's a Dungeons & Dragons interpretation, however, and I'm not sure how common knowledge that interpretation is even if I'd be willing to bet a large percentage of EGS readers wouldn't have batted an eye at it. Meanwhile, you can't throw a rock at pop culture without hitting a zombie.

No One Said Dragon

No one cares, ARTHUR.

Sounds rude to me.

It's technically correct with nothing negative meant by it, and being a "standard" wizard is still, y'know, A WIZARD.