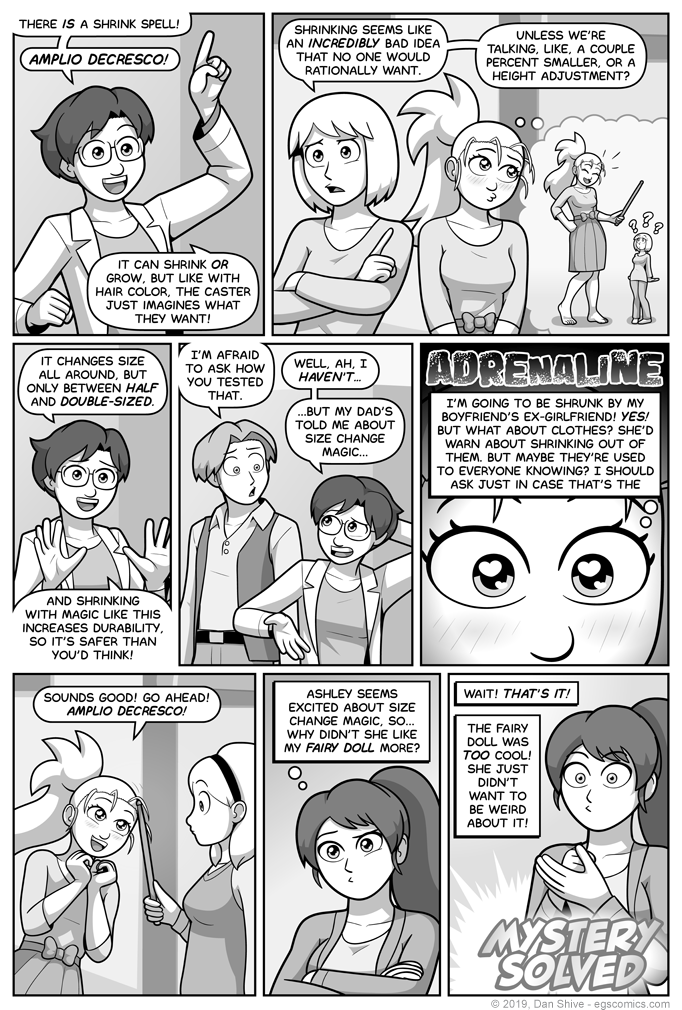 Nobody tell Nanase there was a fairy in Ashley's fantasy sequence and it wasn't her.

I'm almost positive that "Amplio Decresco" isn't the best way to say "increase decrease" in Latin, and particularly not in this exact context, but it's what I found that sort of rolled off the tongue while sort of meaning what I wanted it to.

I feel I understand JK Rowling, author of Harry Potter, a bit better now. In that regard, anyway. We'll never agree on stuff in interviews after something's been published being more than headcanon options and such.

Having "adrenaline" in panel five like that is amusingly over the top in my opinion, but I also wanted it there because people so often seem to forget such a thing exists when evaluating the behavior of people both fictional and non-fictional.

So often it seems to be "why did they do that? There was a perfectly sensible course of action, and I can think of no reason they would not have taken it other than perhaps something in their biological system that potentially encouraged less than calm, rational behavior, but the very idea! Absurd!"