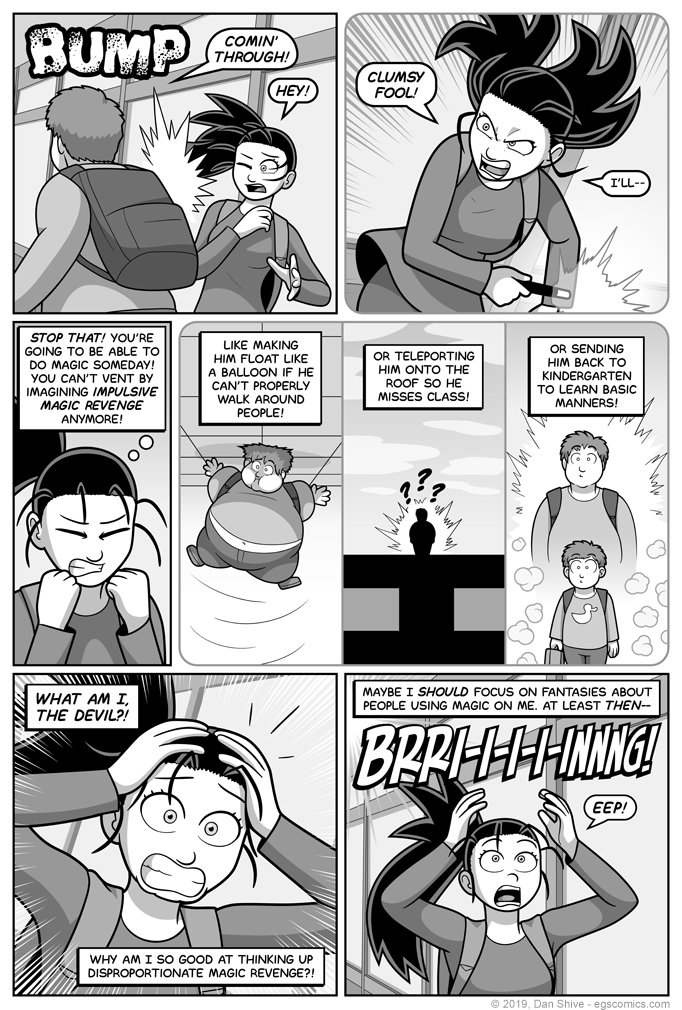 I originally tried to settle on just one fantasy of disproportionate magic revenge to show, but I didn't think one example would reliably establish the difference between this sort of fantasy and Ashley's previously shown fantasies.

That, and this way, she just came up with three way over-the-top punishments on the spot, which I like.

Well, two over-the-top punishments. If someone's going to run in hallways and bump into people like that, maybe they should spend some time on the roof. Not a ton of time, or anything. Just a little time out up there.