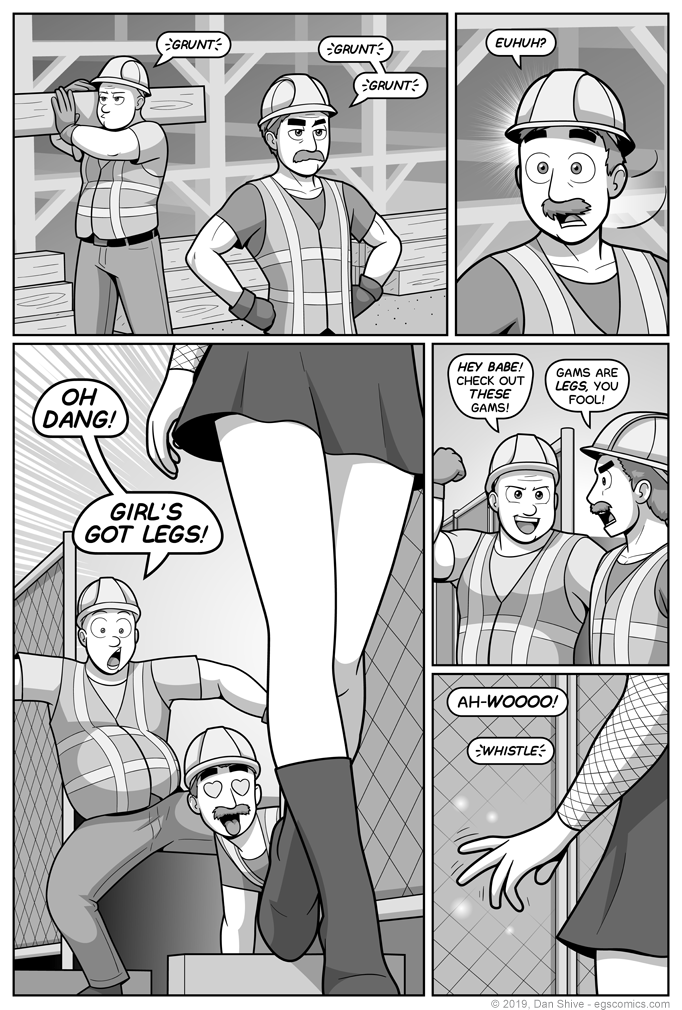 If this comes off as cliche and stereotypical as all heck, that's actually what I was going for, so yay!

I mean, ah... With apologies to construction workers everywhere. You build stuff and get to use cool tools and vehicles, and that's rad. This is just an intentionally cliche scenario, so really, it's the fault of everyone who perpetuated the cliche before me!

As for the guy who wound up on the floor, I imagine he tripped in his hurry to see the girl he noticed passing by the opening in the fence. That, or he found his inner dog? You're not bound by my authorial intent. Think what you like.