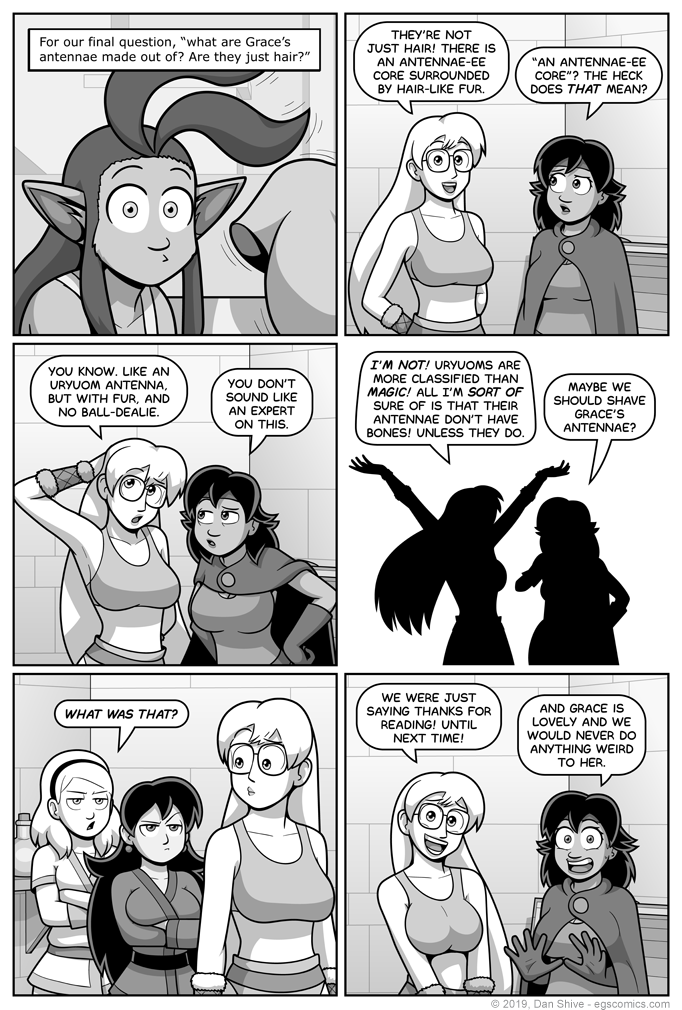 A party that one will be reluctant to attend, a party in which secrets will be shared and discovered, and a party at which Justin will prove his dorkiness.

I mean, that last bit isn't the main focus or anything. It's just most definitely going to happen.

I'm not trying to be coy or anything. I genuinely don't know what they logically would be. I'm not sure anything would actually make biological sense for Grace or the uryuoms.

What I am certain of is that I've always imagined fur around some sort of center, and that said fur could be mistaken for hair if the antennae were posed properly.

I'm also certain that, whatever they are, they're RIDICULOUSLY durable. Anything likely to try and cause them harm would FAIL.