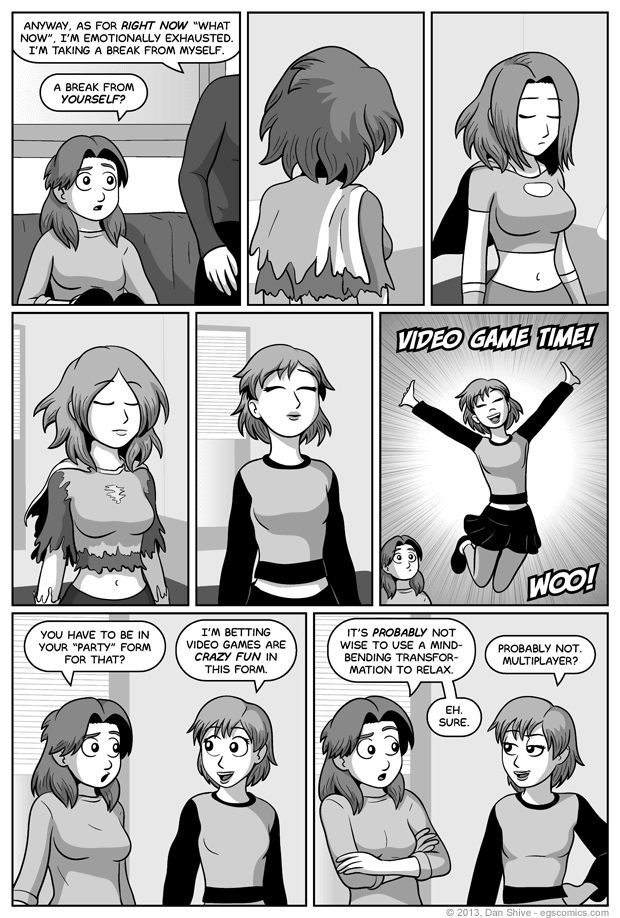 There was also the time when Elliot assumed the forms one by one to burn off magic energy before a job interview, but I really wanted Elliot admitting to liking the form as the last reference link in the above list and I like to keep such lists in chronological order, darn it!

It's been close to a year since Elliot's party form has been in the comic, and her overall design hasn't changed much beyond evolving with the rest of the style. Her outfits different and she doesn't have sunglasses, but that has more to do with the difference in time of year than a change in design.

Personally, if I had the power to transform from my introverted self into an extroverted alter ego, it would probably be a power I would abuse when going out in public. Then again, perhaps not. I suppose it would be circumstantial, but I can guarantee that I would use it short of there being some other significant drawback.

So if I had Elliot's ability complete with its lack of drawbacks, for example, I... What? You're saying there *is* a drawback? I'm not sure what you're talking about, hypothetical person I am supposedly conversing with while typing this.