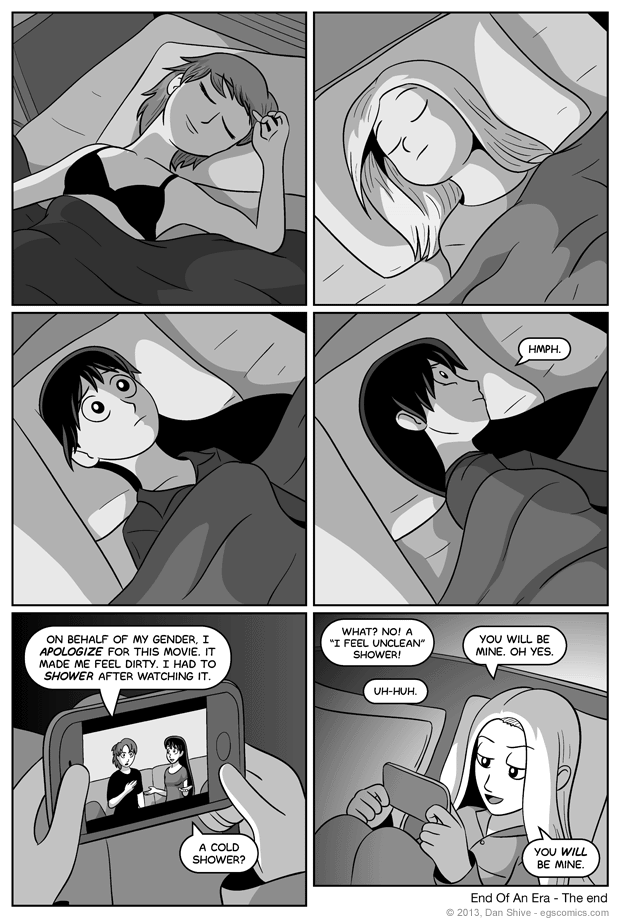 Another reason was that Elliot's party form, "Heidi", is rad.

And thus ends End Of An Era, but not the aftermath thereof. Of course, that's to be expected. Aftermaths tend to come after something by definition.

In any case, a new storyline begins tomorrow! I want to say stuff about it, but I also don't want to spoil it! So I guess I'll just have to shut my mouth! See you tomorrow!