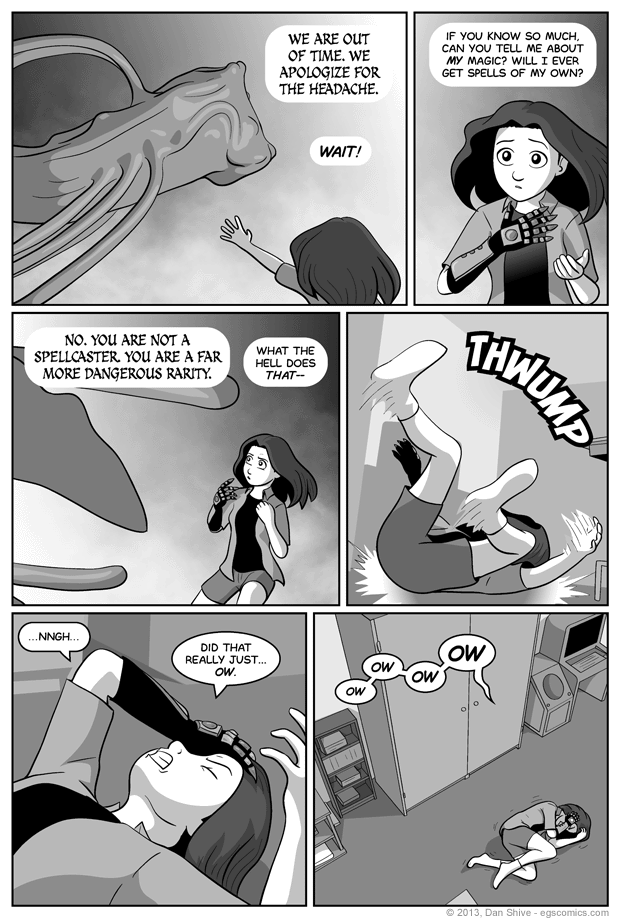 Just to clarify, the schedule is back to the current normal of Mon-Weds-Friday story comics and Tues-Thursday sketchbooks.

BAM! Tedd finally finishes the fall that began last Tuesday. I do believe that's a new record for EGS in regard to least amount of time passed per comic. Heck, I know it is, seeing as it was about two thirds of a second over the course of four comics.

I haven't calculated an approximation of how sped up things were for Tedd yet, but I intend to give it a shot in time for Wednesday's commentary.

For the record, I did try to figure out a more flattering angle to draw panel four from that still worked as well for conveying the impact and flowing into the next panel, but... No. As far as I'm concerned, that was the best angle to show it from. Sorry about that, Tedd.