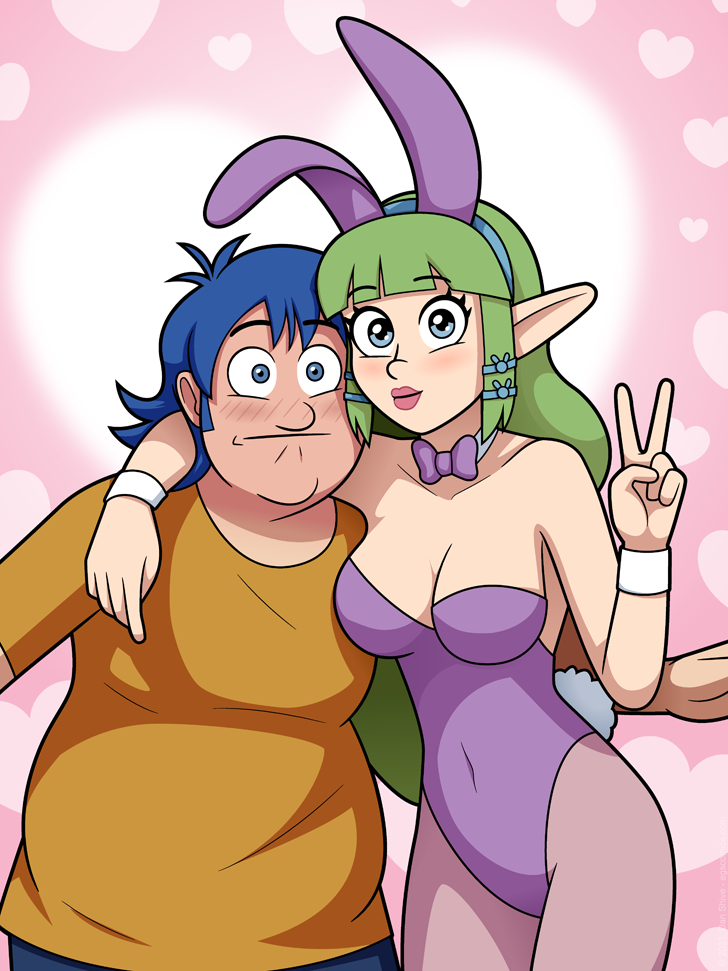 Rich wasn't entirely sure what was happening, or how Larry had become his elf bard RPG character, or why that elf bard was wearing a bunny suit, or why that Tedd person didn't seem confused at all while taking their picture.

Nor would Rich figure it out any time soon, for his brain was effectively frozen, and Elf Larry was far from done making him blush.

This was originally intended for Saturday, and was almost entirely finished on Monday!

Due to unexpected circumstances on Tuesday, however, the healthiest option for me became to delay the next story page to Friday.

Rather than just not post anything on Wednesday, obvious option was obvious, and I decided to post this early.