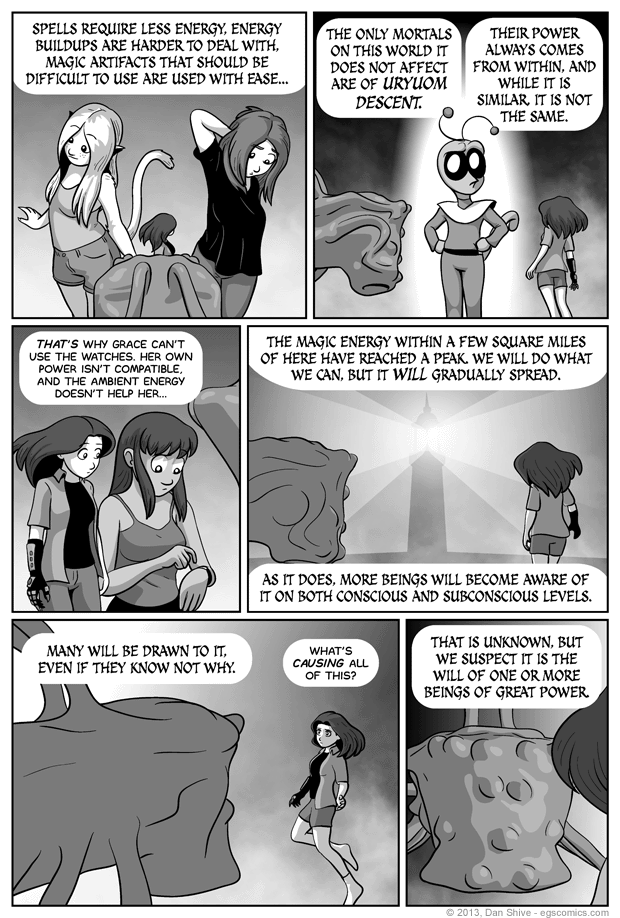 For the record, I got to laugh maniacally a LOT yesterday.

I'm sure nobody will have any theories whatsoever in regard to what being or beings of great power would be interested in making something like this happen. Nope. None at all.

I had originally imagined that random Uryuom looking confused as his inner energy refused to mingle with some visual representation of ambient magic energy, but I somehow wound up with a determined Uryuom right out of a sci-fi B-movie. Good for the alien of indeterminate gender, I suppose.

I also thought of several visuals for the fourth panel, each focusing on various things and metaphors. At one point, I thought of putting a volcano there, but that kinda sorta might have given the wrong impression about the sort of problems at hand. I eventually settled on a beacon in the form of a lighthouse, and I'm happy with the decision if for no other reason that it was an excuse to shift the lighting for the last three panels.