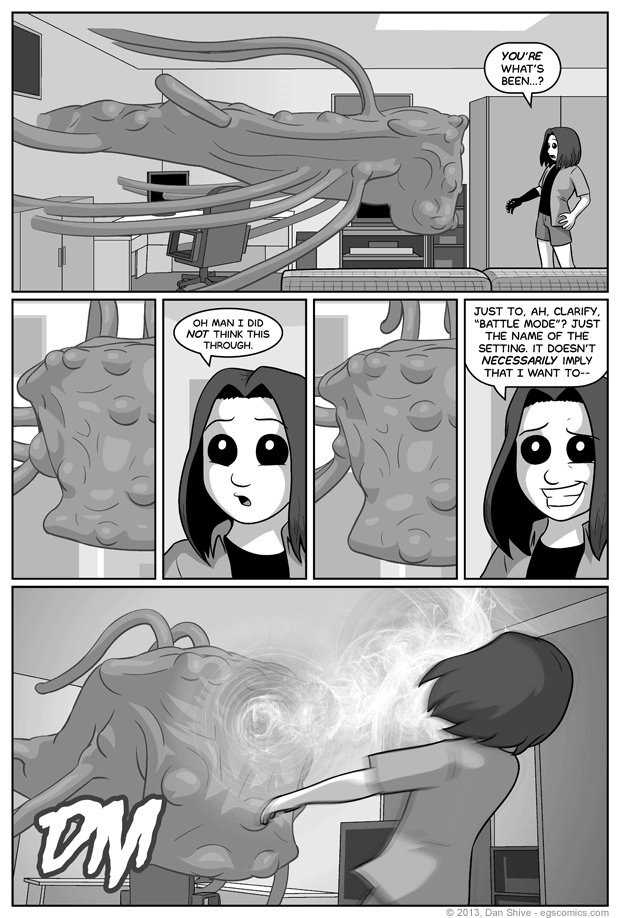 Posted January 22, 2013 at 1:00 am
And the Monday-through-Friday update schedule for this week continues! Woo.

An alternative version of this comic would be just alternating being panels two and four for thirty-six panels, but I decided that would be a little redundant.

One may notice a few things about this "whale" and how it interacts with its environment, including the fact that a) it casts no shadows on the surrounding area, b) it's lines are a dark grey instead of black, and c) its various parts pass through solid objects as though they aren't there.

The passing through physical objects detail was implied earlier in both the first and second comic of Tedd being watched. Assuming a first person perspective in each comic, the implication was something moving out of the basement by way of moving right through a solid wall (at the edge of a basement, no less). Even if this thing wasn't bigger than Tedd's sofa, it would need to be able to ignore solid matter to leave the basement that way.