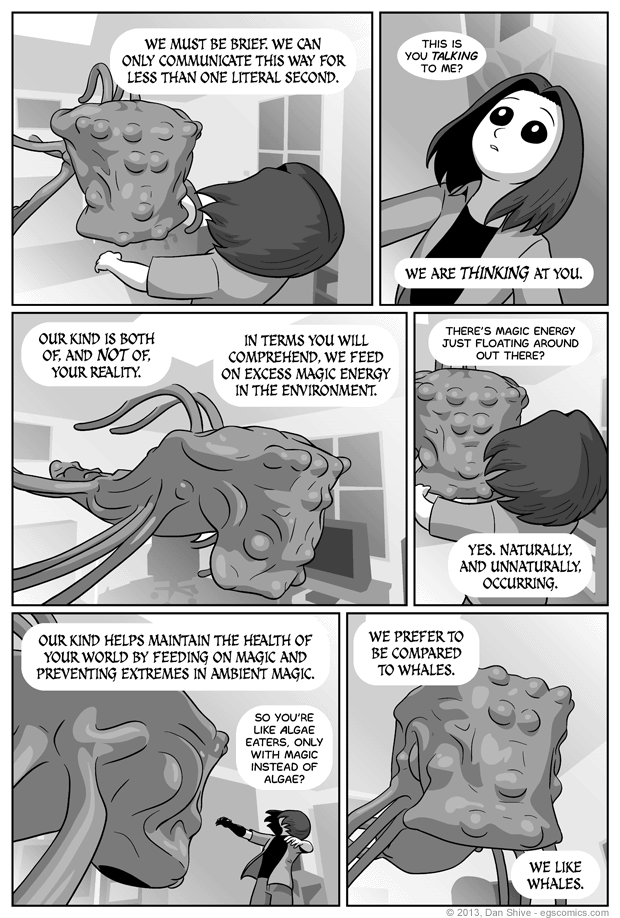 Posted January 23, 2013 at 1:00 am
And now I can talk about the design of this thing, as its design is basically an enormous, alien-like algae eater. Now, when *I* think of algae eaters, I apparently think of one particular variety. Evidently, however, there's a bunch of varieties there.

Both Tedd and the "whale" are moving in this comic, but at an extremely slow rate. The most obvious indication of this is the movement of the whale's upper... tendrils? Whatever they are, they intersect with the ceiling in panel three, but not in panel one.

I'm not sure exactly what speed Tedd is perceiving things at right now, but it's slow. Or fast. I guess his perception is fast if things appear slow, like a high speed camera?

Whatever. I've confused myself. In any case, once all the dialogue for this scene is finalized (the script is "done", but I often make last minute edits), I intend to calculate an approximate estimate of how sped up or slowed down or WHATEVER this scene was.