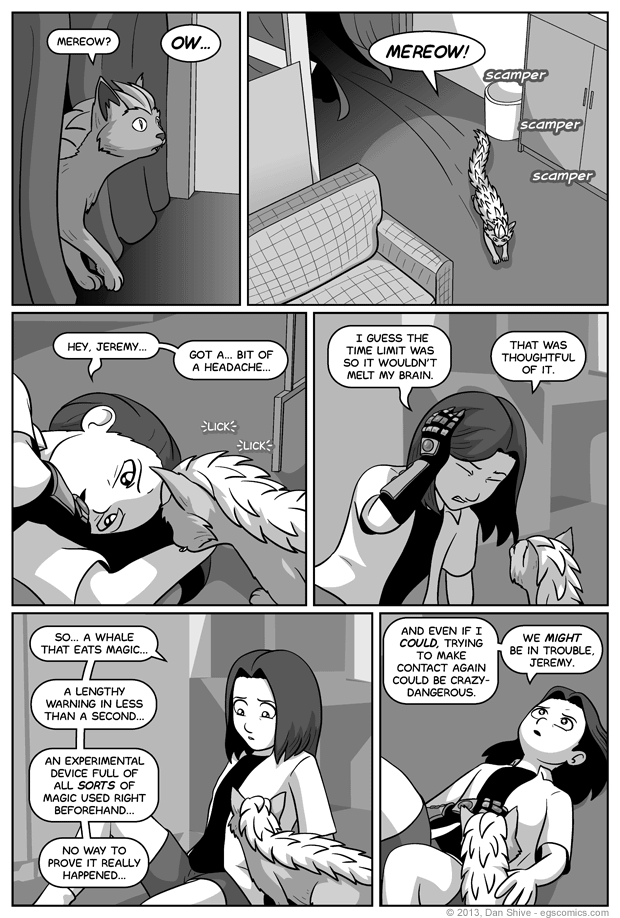 If nothing else, Jeremy's appearance at this point is an apology for him not being around when Susan was over. I can only assume he was power napping at the time, but I'd like to think he pounced at her at some point before she left.

And before anyone asks, yes, it's intentional that his eyes are no longer freaky. Also, please wait until Friday's comic before yelling at the screen for Tedd to not keep this all a secret, because--Oh. You're already doing it. You're not even reading this. You're just shouting at the screen and throwing things.

I timed reading the dialogue from the conversation with the whale, and it took me about 158 seconds (2 minutes, 38 seconds). While this isn't necessarily the right pacing depending on how both the whale and Tedd "spoke", it's the best I've got to work with and should work as an "at least" sort of variable.

That in mind, if the entire conversation only took two thirds of a second, then Tedd's perception was sped up to around 2370%. No wonder he has a headache.