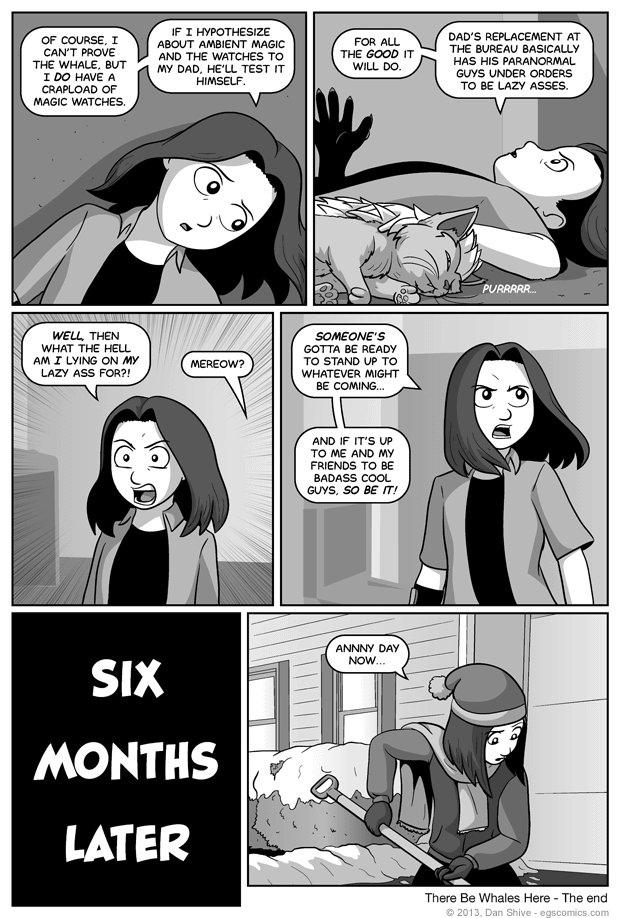 There are several reasons for such a significant time jump, but I'm not going to say what they are. I intend for the next group of storylines to make clear why on their own, and the reason for that is one very important thing I've learned about storytelling: Be as lazy as possible. If the story speaks for itself, you don't have to say anything extra! This frees up time for video games, movies, disco parties, you name it!

Incidentally, the first panel is why I told people to wait until this update to yell at Tedd about his decisions regarding what to tell people. Granted, the six month gap means it's really not clear what all he's told his friends and family just yet, but at least it's a safe bet he's at LEAST let people know about the whole ambient magic dealie.