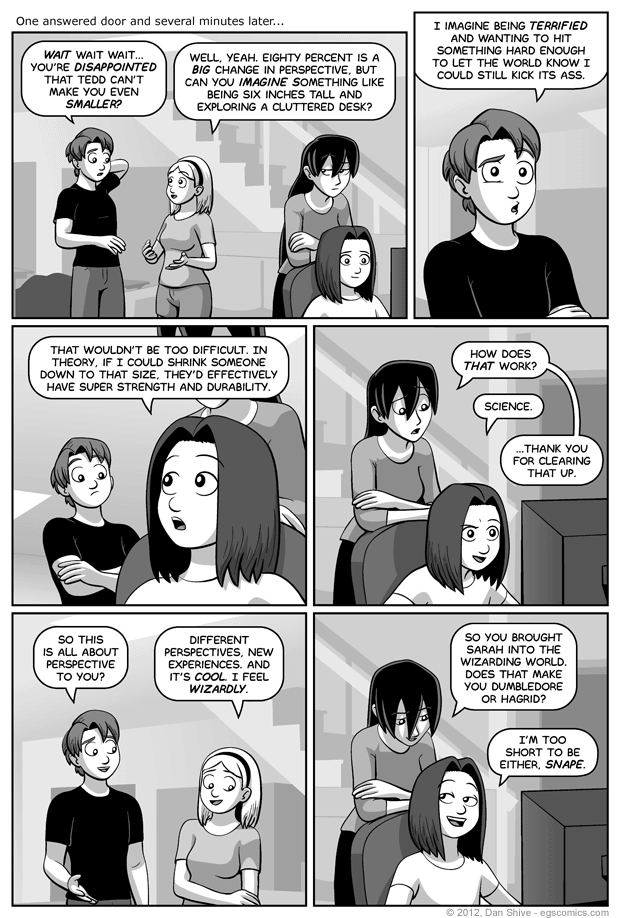 Posted December 19, 2012 at 1:00 am
Don't worry too much about Tedd and Susan being snarky with each other in this comic. It's what they do. Granted, I'm not sure if we'll be seeing them slap fight again. Susan's gotten a lot bigger than Tedd recently. Not that there was ever a victor to such silly slap fights, but it wouldn't seem entirely fair at this point.

Speaking of size differences, there actually are scientific reasons why shrinking would, in theory, make someone proportionately stronger. I would elaborate, but it's late as I write this and that thing in my head that does the thinking is being a bit uncooperative. Perhaps in a future commentary.

In any case, however, these scientific reasons assume preservation of mass and other scientific mumbo-jumbo that EGS tends to ignore. This should potentially invalidate Tedd's statement, but it doesn't. Why not, you ask? Because science. I'm glad I could clear that up.