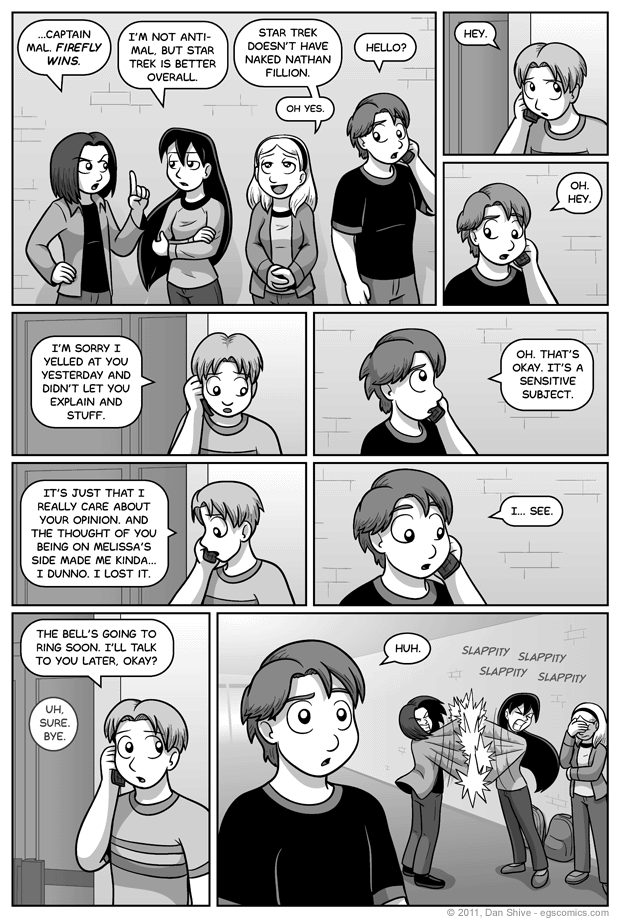 This comic boldly assumes that the heterosexual ladies out there who watched Firefly approved of Nathan Fillion's exposed posterior. Quite the risk, I know, but I'm willing to take it.

As silly as them getting into another slap fight is, I like the idea of Tedd and Susan getting into nerdy arguments. Susan and Justin would just have a calm debate, but I just don't see that with Susan and Tedd. Even if the debate was all in good fun, I doubt it would look that way to a casual observer.

I did position them a little weirdly close together during the slappityness, however, and they were even closer together in the original sketch. It's something for me to remember when next they slap.