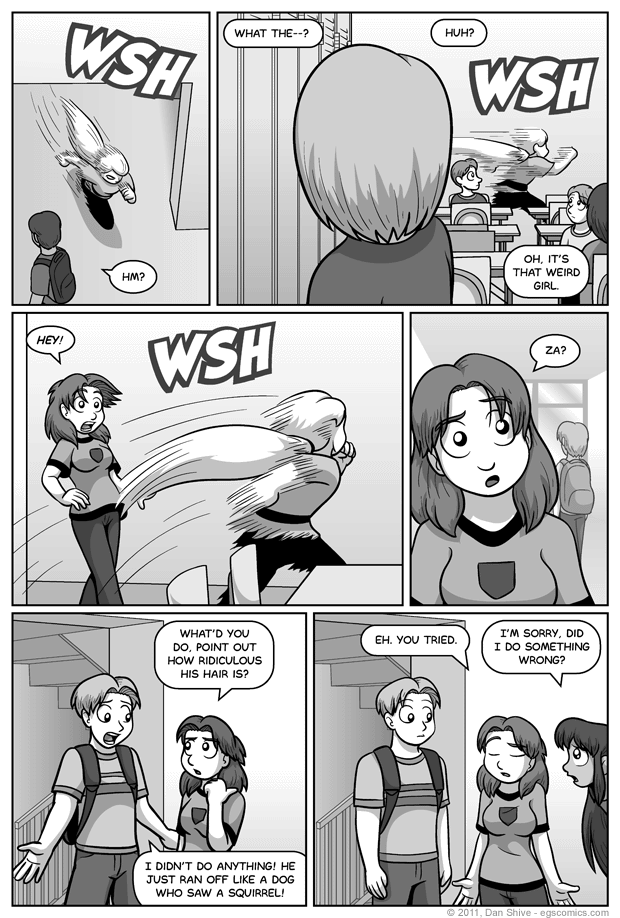 I had an orchestra all set up for an epic anthem of fighting awesomeness, but then I remembered that this isn't actually a fight scene and fired them. They then bluntly reminded me that they had a contract, so they instead followed me around and gave my day a musical soundtrack. It was kind of cool, but a pain in the butt to organize the various forms of transportation necessary. There are some things compact cars weren't designed to transport, and orchestras are among them.

Before I continue, if this sort of WACKY behind the scenes stuff interests you enough to care, you'll definitely want to check out this recent sketchbook entry.

This comic gave me a lot of trouble from a layout perspective, making it somewhat annoying to me that the end result doesn't look that complicated. One of the issues was that I didn't want square panels for Noah running, and was trying to find ways to accommodate making them wider.

One layout I came up accomplished this by squishing the top four panels and having Ellen's reaction in a very wide and narrow extra panel, but that seemed like to many running panels. That, and the squishing made it all so tiny.

That was actually the layout I was going to use, but then I realized an overhead shot would work with a vertically-oriented panel, as would Ellen's reaction shot. This allowed for the two wider panels without all the squishing.