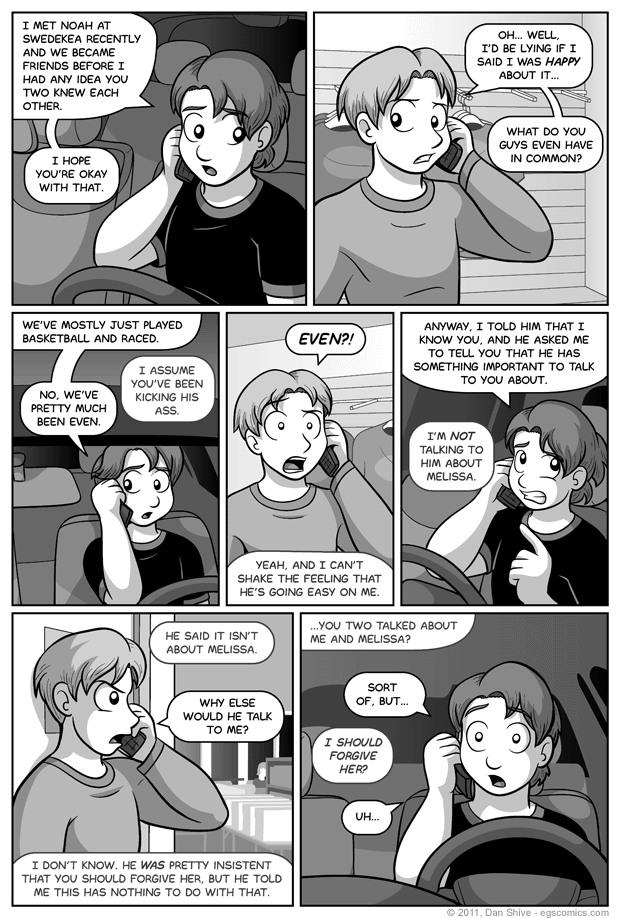 I think we all have "do not push" buttons. I'm not sure, but I think it's possible that Elliot has inadvertently pushed Justin's...

A concern I had when making this and the previous comic was that it be clear that Elliot isn't driving. He has no seat belt on and no hands on the wheel, so I really hope nobody's assuming his foot's on the accelerator during this scene. It wouldn't surprise me at this point to see someone doing that on the highway, but Elliot wouldn't, and I really, really hope YOU wouldn't either.

It was only briefly stated earlier by Ellen (linked above, but here it is again), but Noah has not been showing off his abilities at school, hence Justin's utter shock that Noah could be an equal for Elliot. Elliot's own assertion that Noah is going easy on him is supported by Noah in that same comic, but maybe he's just a horrible braggart, that Noah!

...Except he doesn't show off at school... Maybe he's a selective braggart! Yeah, that's the ticket...