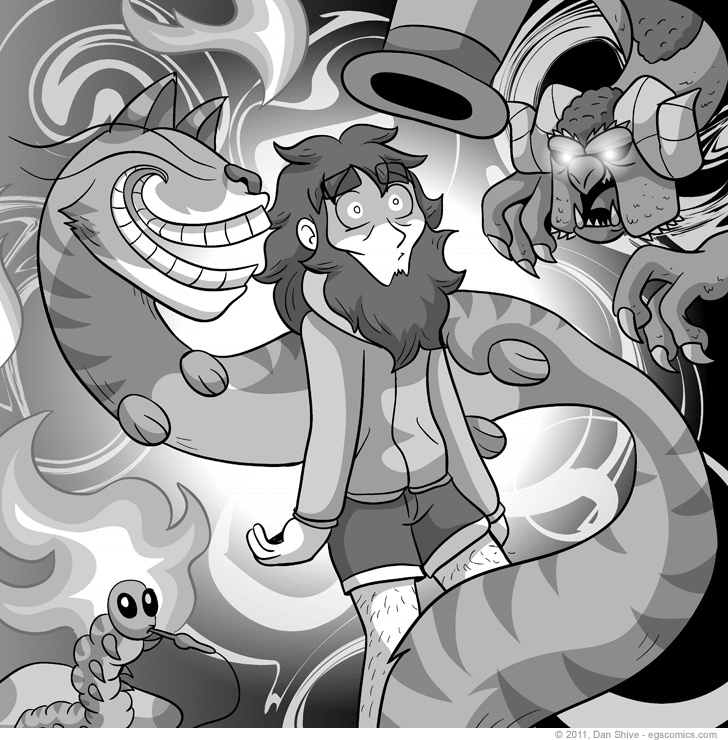 Posted May 31, 2011 at 1:00 am
This WAS going to be a Saturday sketchbook, but after burning myself out over Memorial Day weekend and feeling the story script needed revision, I decided to move it up to today. The next story comic will be Wednesday.

In any case, this is a blown up version of part of panel four from Monday's comic. Pretty much anything I could say about this image was said in that comic's commentary, so if you're interested, look there. The linework in this version is a bit thinner, however, which works better with the larger size the larger size.