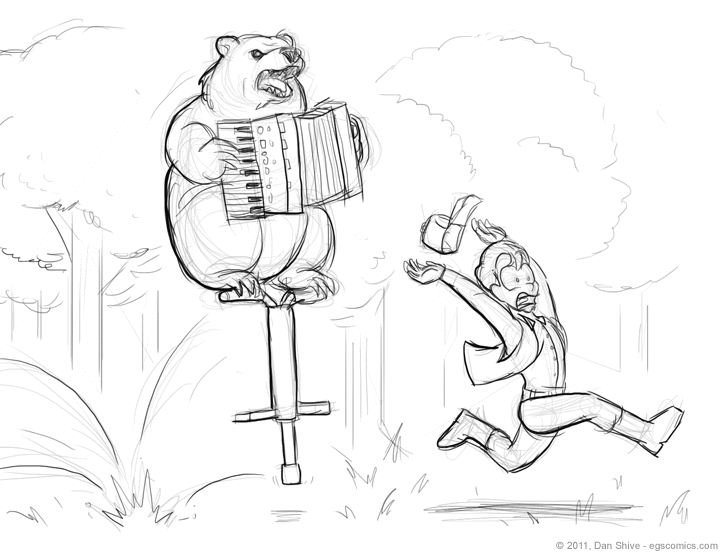 I'm debating how goofy to go with Monday's comic. It could easily range from "fairly serious" to "accordion-playing bear on a pogo stick"

So as you can see, this sketchbook makes perfect sense.

The biggest challenge was the logistics of a bear riding a pogo stick while simultaneously playing an accordion. One or the other, certainly, but both? Madness. Hours of experimentation involving a makeshift pogo stick and a very uncooperative feline later, however, and I had my answer. Thank God for science.