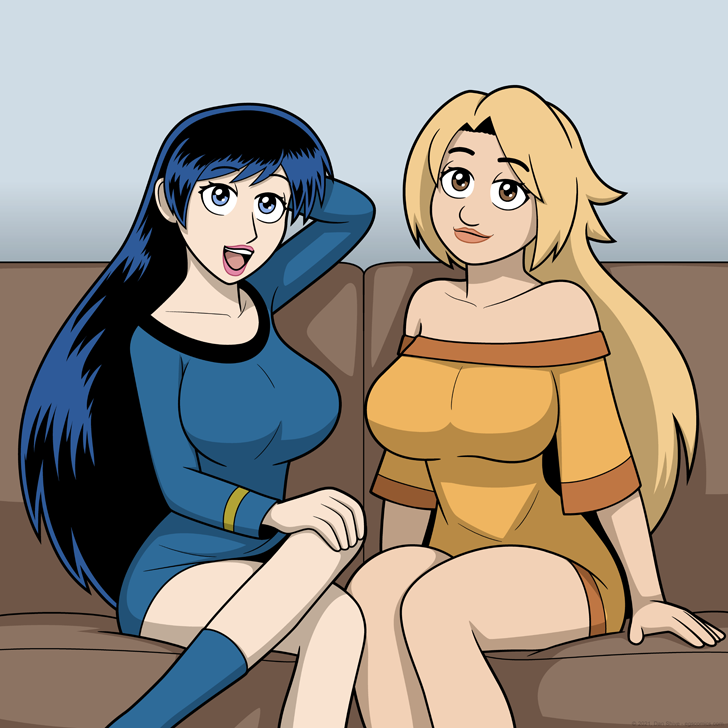 Susan and Elliot - For The Ratings!

Okay, this was going to be for tomorrow, but I wanna post it now, so there.

Technically, this is someone imagining Susan and Elliot doing this for the ratings, most likely Ashley.

So, in a way, this could be canon.

HOWEVER! It is only speculation that Ashley is imagining them doing this!

What if it's Susan herself? She does have an active imagination, and that very slight knee touch could be a wild fantasy by her standards.

As for the image itself, it was fun to make, and I'm happy with how it turned out. Some of the things, like the highlights in Susan's hair, turned out better (in my opinion) than I thought they might. It's the sort of detail I probably wouldn't make the norm just out of time consideration, but for standalone images? Yay.